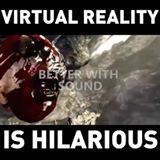 Founded by Sam and Anne Mathews in 2004 in the early days of the professional video gaming industry, Fnatic has since helped shape the new world sport into a fast-growing phenomenon. Headquartered in London, the Fnatic operation spans across San Francisco, Berlin, Belgrade and Kuala Lumpur.

At its core are Fnatic’s talented professional gamers, who have won have thousands of tournaments and inspired a community of tens of millions of fans. World class players represent Fnatic in all corners of the globe, attending more than 75 international events per year across 20 different games including League of Legends, Dota 2, Battlefield 4 and CS:GO.