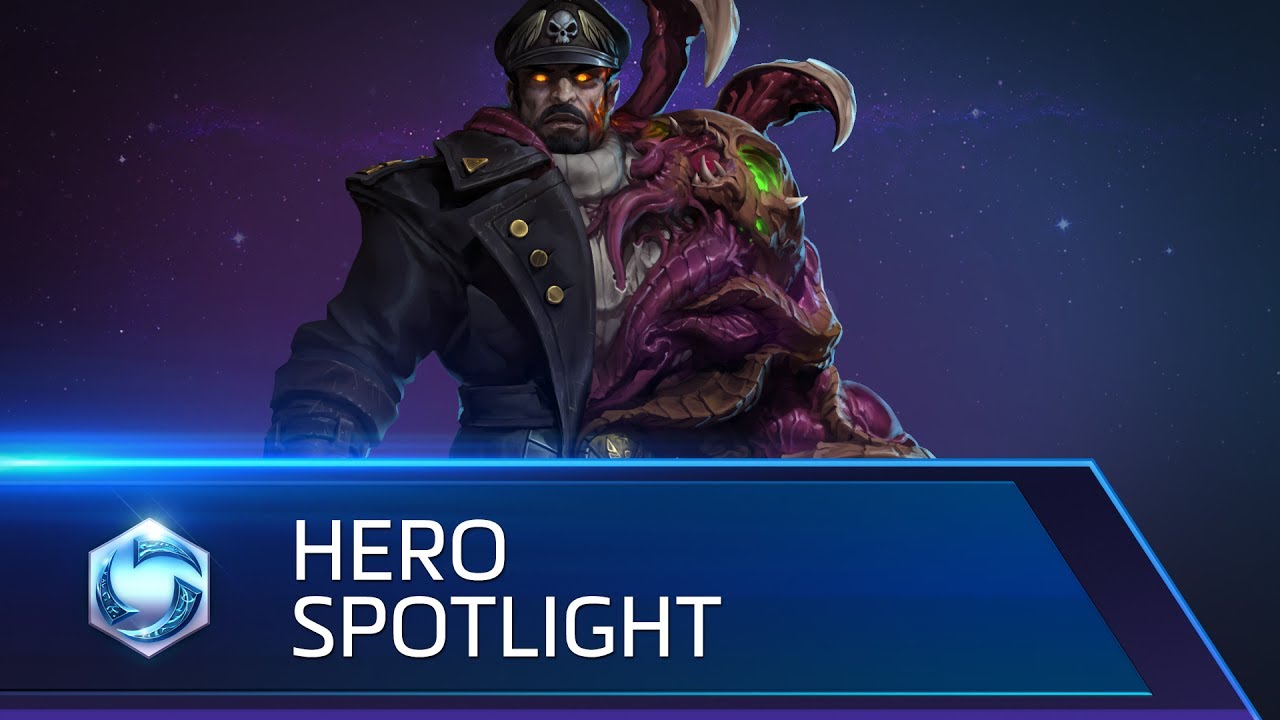 There’s a new Hero infesting the Nexus! Armed with life-renewing pathogens and speed-sapping pustules, Admiral Stukov brings his own brand of support to Heroes of the Storm.

Stukov had a hard life, and an even harder death. He’s been betrayed, shot into space, resurrected and infested, almost cured, and then experimented upon as the infestation returned. Now, he’s spreading his malaise with abilities including:
·       Healing Pathogen — Afflict an allied Hero with a pathogen that heals the target over time and spreads to nearby allies
·       Lurking Arm — Create a targeted area that silences enemies and inflicts damage every second
·       Massive Shove — Extend Stukov’s arm, rapidly shoving any enemy Hero hit until they collide with terrain

Stukov has barged his way onto the Battleground and is now available to purchase in game with gold or gems.