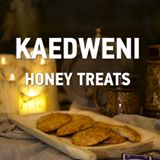 The game is derived from the card game of the same name featured in Andrzej Sapkowski’s The Witcher novels and playable in The Witcher 3: Wild Hunt video game.

Gwent is a turn-based card game between two players, each player must play one card each turn from a deck of twenty-five to forty cards with a faction that offers different play styles and unique abilities. The goal is to win two out of three rounds by playing cards and spells to gain strength on the board. Winning two rounds rewards the player with either ores, scraps or cards. Players can gain additional cards by buying kegs with ores or through microtransactions, each keg contains five cards, with the upside that the rarest card can be chosen from 3. Cards can also be crafted with scraps.

GWENT® is as much a battle of force, as it is a battle of wits. To win, play it smart and lure your opponent into using up their cards first. Alternatively, sacrifice one round and take the game by emerging victorious in the next one.

Game Modes
Bring your army to the table and play for fun with friends or enter tournaments in search of fame and glory!

Ranked Matches — rise through player-driven divisions and advance to the Pro League.

Friendly Matches — test your deck, try out new strategies, or just show off your collection of rare, animated cards.