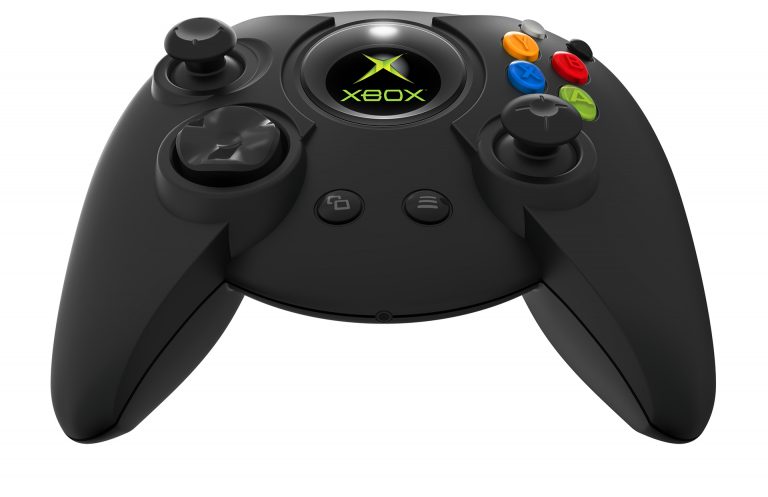 In October of 2016, Seamus Blackley tweeted to his followers, asking if they would like to see a return of the original Xbox Controller (known by many as the “Duke”). They did. They REALLY did.

Two years later, the Hyperkin Duke stands to prove that big controllers are back and ready for veteran fans and newcomers alike. The big guy’s back, everyone.

Hyperkin has announced that the Hyperkin Duke was officially released on April 30, 2018 for Xbox One and Windows 10 PCs. Officially licensed by Xbox, in collaboration with Blackley – an integral part of the original Xbox team – the Hyperkin Duke is the first ever third-party controller to bear both an original Xbox design and logo. Blackley, along with Hyperkin’s Research & Development team, worked together to replicate the look and feel of the original Duke.

“It’s a bizarre experience, to see a joke on Twitter become a real product,” Blackley said. “Seeing all these gamers so truly happy to get the new Hyperkin Duke is pretty goddamn superb.” What sets this apart from any other “retro” controller? When a player wants a nostalgia kick, all they need to do is press the Xbox button and the original Xbox animated startup screen will play right inside the button. This was no easy task for Hyperkin Product Developer, Chris Gallizzi, although the experience is one he’d never forget.

“It has been a roller coaster of nostalgia, but one of the most fun projects I’ve worked on,” Gallizzi said.

What’s New in the Hyperkin Duke

The Hyperkin Duke Controller is available at Amazon.