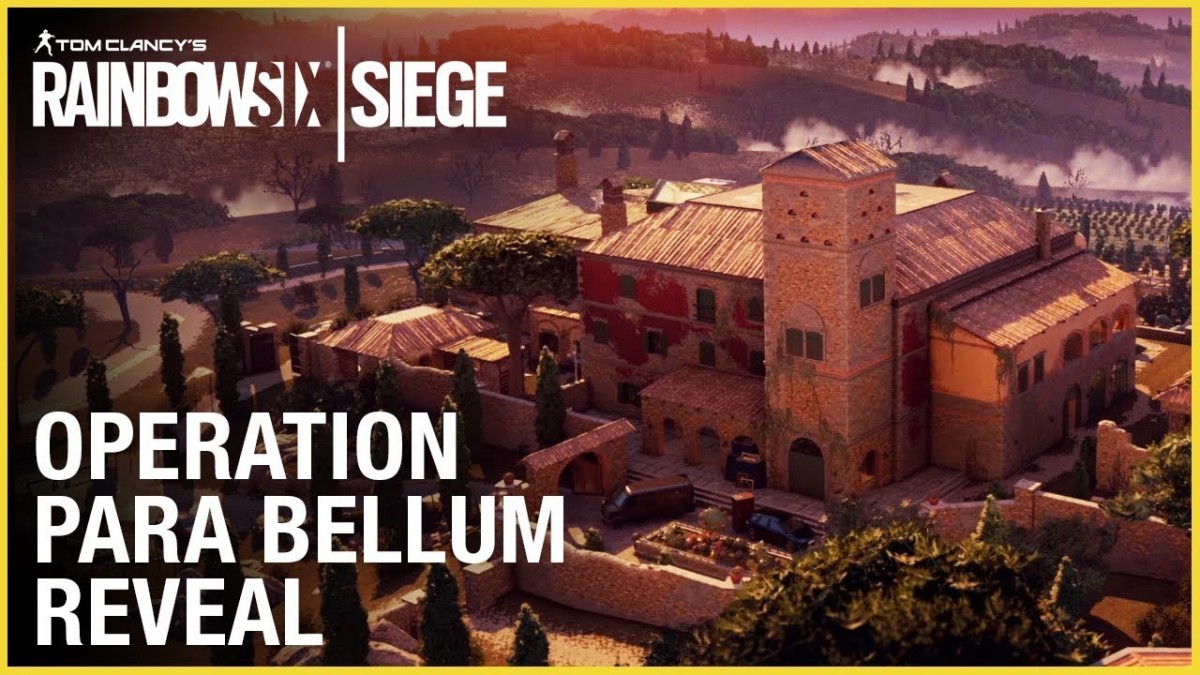 Ubisoft® announced the full details for Operation Para Bellum, one of the largest content updates yet for Tom Clancy’s Rainbow Six®  Siege. Operation Para Bellum introduces two new defending operators, Alibi and Maestro, alongside an all-new map, Villa, set in the Italian countryside. Year Three Season Two also brings a breath of innovation, including a new intel gadget, operator speed adjustments, various other gameplay improvements, and the all new Pick & Ban setting – a feature that evolves the way players engage with multiplayer. Operation Par Bellum will be available in June 2018.

In Operation Para Bellum, two Italian G.I.S. Operators join Rainbow as the unit raids a luxurious Tuscan villa, Rainbow Six Siege’s 20th map. The land belongs to the Vinciguerra, a dangerous crime family known for their smuggling activities. The house is their retreat, where they lead a lavish lifestyle and collect rare art pieces. Players will arrive at Villa during a key moment: Vinciguerras are burning documents and transporting their holdings before the big raid. But they’ve got wind of Operation Para Bellum and fled, leaving everything in disarray with vital information ready for the taking.

New operator, Alibi, is an undercover infiltration specialist in the Italian Gruppo di Intervento Speciale (G.I.S.) unit. She is a cunning adversary with a gift for infiltrating dense networks of organised crime. Alibi is notable for her deployable Hologram, a mechanism that makes it difficult for enemies to positively identify her from her incredibly realistic projections.

New Operator, Maestro, is another member of the Italian, Gruppo di Intervento Speciale (G.I.S.) and participated in joint operations in Iraq, earning a facial scar from a roadside IED. Maestro is notable for his remote access turret, which is also bulletproof, capable of seeing through smoke, and able to fire low powered-laser beams.

Operation Para Bellum will also introduce the Pick & Ban system. This feature provides an extra layer of strategy between teams, as each side tries to counter their opponents’ picks during the banning phase.  Players can even anticipate a thrilling twist at the last moment, when teams swap Operators for the unexpected 6th Pick.