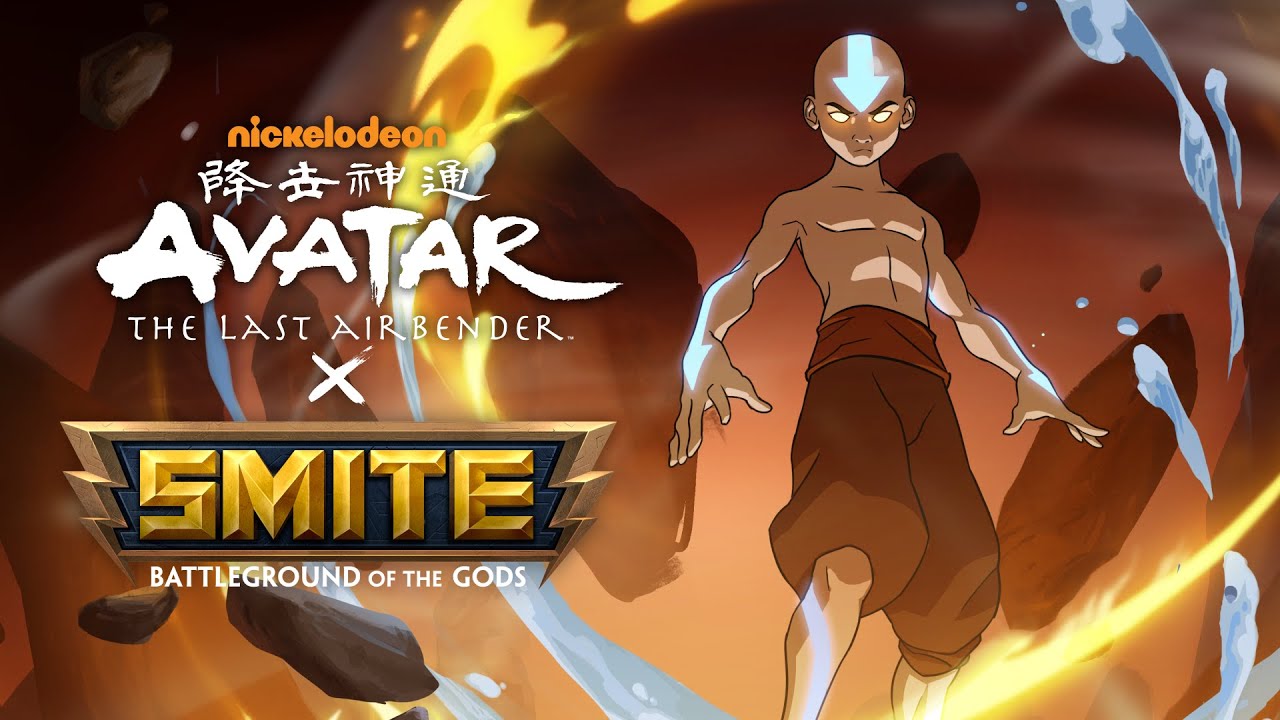 The iconic heroes of Nickelodeon’s beloved animated series Avatar: The Last Airbender and The Legend of Korra will soon become playable characters in the hit mythological action video game SMITE.

This world-bending crossover event will see Aang, Zuko, Korra, and Naga face their toughest challenge yet: SMITE’s Battleground of the Gods. Can the Avatars stop evil gods of ancient myth like Hades, Jormungandr, Medusa, and Thanatos?

All three characters will be available as skins for existing SMITE gods in the all-new Avatar Battle Pass. The Master Wizard Merlin will become Aang, bending fire, air, earth, and water in a true show of Avatar power. Zuko will wield his sword – and bend fire – as the Japanese god Susano. And Korra will enter the Battleground of the Gods alongside pet polar bear dog Naga as the Norse Goddess of Winter, Skadi.

“We went overboard with detail, capturing each Avatar character’s unique personality and referencing fan-favorite moments from the shows,” said Travis Brown, Executive Producer of SMITE. “These are essentially all-new characters that happen to use the same abilities as existing SMITE Gods – and we can’t wait for our more than 30 million fans to play with them.”

The Avatar Battle Pass has even more content for dedicated fans of the series, ranging from an in-game representation of Appa to an emote honoring unlucky cabbage vendors. And for the most hardcore of fans, bonus prestige skins in the Battle Pass feature Aang and Korra in their Avatar states, and Zuko disguised as The Blue Spirit.

“Titan Forge Games is full of die-hard Avatar fans,” Brown said. “When we had the opportunity to work on this franchise, we knew we were going to go all-out and really bring the Avatar world to life in SMITE.”

SMITE’s unique blend of third-person action combat and Multiplayer Online Battle Arena (MOBA) strategy has attracted more than 30 million players to the Battleground of the Gods. SMITE features an ever-growing roster of 100+ Gods and Goddesses from pantheons around the world and throughout history, and is free to play on PC, Xbox One, PlayStation 4, and Nintendo Switch.

The Avatar Battle Pass will become available for purchase in SMITE next month. The full reveal of the crossover skins and more information about the Battle Pass will be broadcast live on twitch.tv/SMITEGame next Wednesday, June 24, at 3 p.m. EDT, during the SMITE Update Show.

SMITE is the online Battleground of the Gods, a mythology-themed action game for PC and consoles. Since launching in Europe and North America in March 2014, SMITE has quickly established itself as one of the Top 3 games in the rapidly growing MOBA genre, with over 30 million players. Themed around gods of mythology and offering a third-person camera and more game modes than any other leading game in its genre, the game provides a unique, action-packed experience that puts the player in the thick of the action. SMITE is free-to-play on PC through Steam and the Epic Games Store, Xbox One, PlayStation 4, and Nintendo Switch.