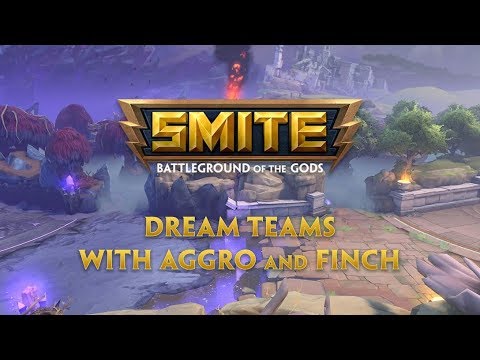 It’s official: HRX is over and we can start looking forward to Season 5 of the SMITE Pro League. With the Spring Split of the SPL kicking off on March 6, we’re not too far from the action, drama, and hype that you all have come to know and love.

This in-between time is what we call the free agency period. All that means is that this season, our partner organizations will be able to recruit any free agent players or available teams to join their rosters.

We’ve already seen some crazy combinations like the newly announced Splyce roster. So in the spirit of putting together the best possible team, Aggro and Finch sat down to do their own fantasy team draft, SPL style, from SMITE’s best players.

So who do you all think won our draft? Is it Aggro’s NRG-heavy lineup, or Finch’s NA-leaning draft? Let them know what you think on Twitter @HiRezFinch and @HiRezAggro.

If you want to take a look at the lineups that have been confirmed so far for Season 5 of the SPL, check out our Trifecta roster and Spacestation Gaming roster announcements. And be sure to follow us on Twitter @SmitePro for updates on all things SPL.