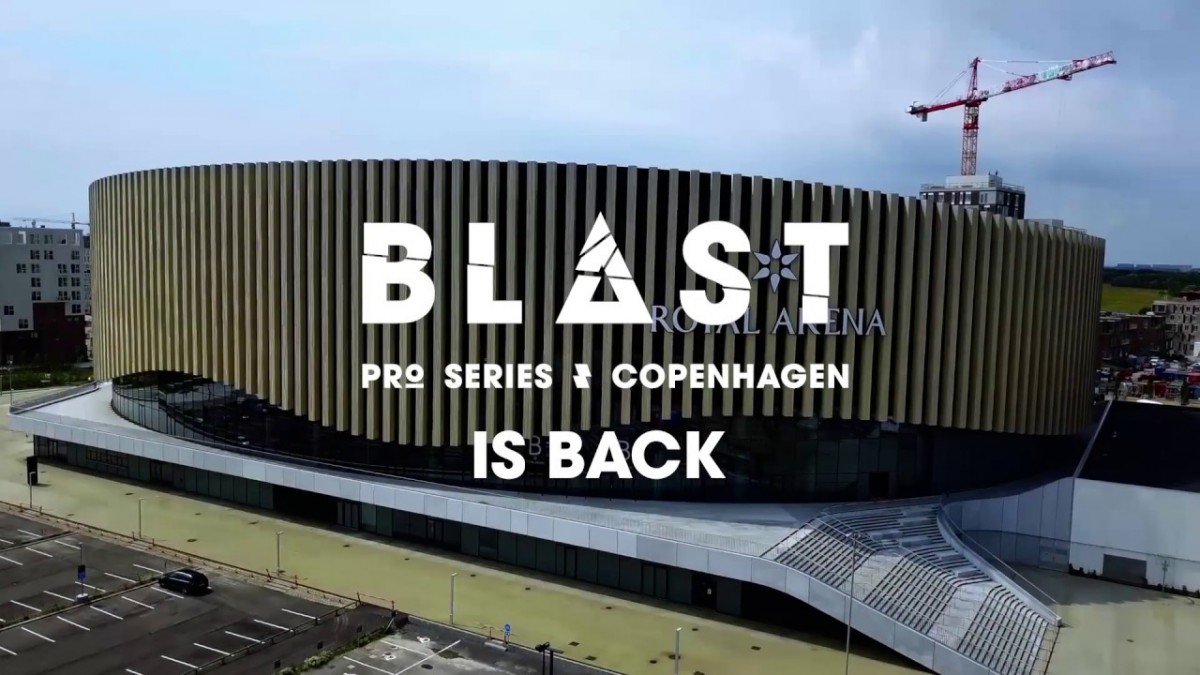 As the second out of 4 events on the 2018 circuit now announced, BLAST Pro Series will return to Copenhagen’s Royal Arena in November 2018.

In 2017 BLAST Pro Series premiere was broadcast on flow tv in more than 70 countries broke several flow tv records on Danish TV and was followed by close to 5 million viewers online. 12.000 enthusiastic spectators in a sold-out Royal Arena created the biggest single esports event ever on Danish soil, and with local favourites Astralis announced as the first team, a similar scenario for the 2018 event is highly likely.

At the same time, RFRSH Entertainment and TV 2 Denmark can confirm a new partnership, securing national TV broadcast of all BLAST Pro Series events in 2018.

– Our goal with BLAST Pro Series is to create the most important and interesting esports tournament from a live perspective, the viewer experience and for everything we create around the events and tournament. We are constantly developing the tournament and digital content around it and working with a national broadcaster and digital power house and provider like TV 2 is yet another step in reaching our ambitions to develop and present the best and most engaging esports product out there!

TV 2 will broadcast all the 2018 BLAST Pro Series events on national flow TV and on digital channels through TV 2 PLAY – first time in connection with BLAST Pro Series, Istanbul on 23rd and 24th June.

– Esport and Counter-Strike is already an established media product, and it is no longer a matter of teaching the viewers or explaining the game to the audience. We strongly believe in the product and the format of BLAST Pro Series, and we will be bringing the Danish audience full coverage on both our Flow TV Channel and digitally.

– We’re going to treat the product the same way as any other competitive entertainment and sports; with the same professional standards, respect and level of entertainment as any other major production. We are looking very much forward to including BLAST Pro Series in our portfolio of content and to present esports at it’s best.

BLAST Pro Series, Copenhagen is a part of the agreement with TV 2, and already now the local and international audience can look forward to experiencing a true audience favorite: Local heroes from Astralis!Peter “Dupreeh” Rasmussen, Astralis, looks forward to a repeat of the 2017 experience:

– BLAST Pro Series in Copenhagen last year was one of the most insane experiences I’ve ever had as a player. The set-up is out of this world, the way the audience connects with everything going on, and the intensity of the tournament with 6 teams on stage at the same time – the audience almost blew the roof off of Royal Arena!

– Esport is growing all over the world, but I am sure everybody who participated in BLAST Pro Series will agree it’s one of the most amazing experiences ever! It’s certainly a tournament we want to play, and after losing to SK Gaming in the Grand Final last year – this time we want to win it!

Presale opens on 27th April 2018 for everybody who as signed up via BLAST News on blastproseries.com.

In connection with the premiere in 2017, several Flow TV records were smashed on Danish National TV and the event was broadcast on TV in more than 70 countries. Almost 5 million people watched online.

BLAST Pro Series is World Class esports in a new, explosive, engaging and fun format created for mainstream fans of competitive entertainment while still catering to the hard core followers of CS:GO.

6 of the best Counter-Strike teams in the world battle it out simultaneously on the iconic A-shaped stage in front of a massive digital set-up in an arena designed to provide the ultimate live experience.

The event in Royal Arena will be held on 3rd November 2018 from 12 noon to about 10 PM. Details and information will follow. Ticket sales open 30th April at 10 AM, CEST.

The World Premiere of BLAST Pro Series in Royal Arena was completely sold out with more than 12.000 spectators in Royal Arena. It is expected that every single ticket will be sold well in advance of this year’s event.