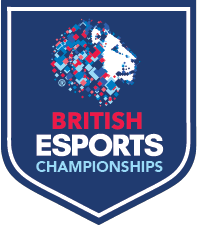 The British Esports Association, the not-for-profit organization set up to promote and support grassroots esports, has partnered with the North America Scholastic Esports Federation (NASEF).

The two organizations have signed a memorandum of understanding to work together and share best practice around the benefits of esports for young people.

British Esports and NASEF are both focused on highlighting esports as a positive activity that allows students and others the chance to boost their character development, STEAM skills, leadership, teamwork, communication and other transferable skills.

Through the new partnership, British Esports and NASEF will design, develop and implement new programs, run joint esports tournaments and other events, as well as running exchange programs for coaches, esports managers, teachers and more, bringing the UK together with North America at the grassroots level.

The pair will also jointly develop content for third party programs, such as an existing online student learning program, as well as a coaching manual for prospective esports coaches.

British Esports and NASEF will also provide input for each other’s board, offering an international perspective. For example, NASEF management attended British Esports’ most recent advisory board meeting in London, as observers. They shared insights into NASEF programs and learnt about the UK system and how these learnings can be applied to benefit students in North America.

The aim is to share different educational approaches and programming methods, including curriculum development and learnings about esports careers and the industry’s ecosystem, and to set new standards for the esports community at a scholastic level.

The British Esports Association runs the British Esports Championships for schools and colleges in the UK, among other activities promoting esports’ benefits, while NASEF similarly runs student tournaments, helps high schools in the US set up esports clubs, provides coaching and mentorship and more.

British Esports Association chair Andy Payne OBE commented: “We are delighted to partner with NASEF and work on shared learnings around esports in education. Some positive first steps have been taken in this space over the past few years, and by teaming up with another respected organisation we can combine forces, develop new programs faster and work stronger together.”

Gerald Solomon, executive director of the Samueli Foundation and founder of NASEF, added: “NASEF is excited to be partnering with British Esports to make a difference in the lives of children and young adults through a scholastic and academic approach to esports.

“It is rare when two entities have the same set of values and moral compass. NASEF and British Esports are two such organisations. Working together, we can accomplish so much more for children around the world.”