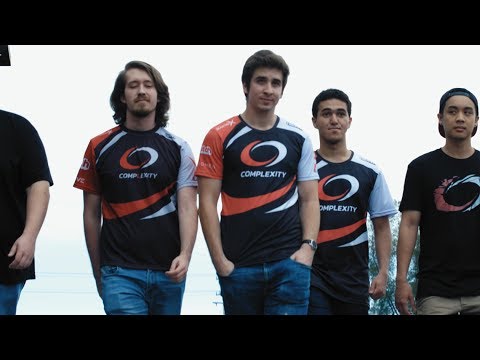 In the 70’s and 80’s, the greatest award a competitive gamer could earn was the top spot on the leaderboard of their favorite arcade game; in 2017, the stakes for competitive gaming have never been higher. While esports may have had humble beginnings, they are more than just an outlet for fun now, becoming a form of entertainment for audiences and an entire lifestyle for players. Competitive gamers make a living through sponsorships, salaries, streaming on Twitch, and winnings. While potential winnings from Counter-Strike: Global Offensive, Overwatch, or Rocket League tournaments are always substantial, none can come close to the beast of esports prize pools, The International (TI).

This annual tournament, centered around Valve’s critically-acclaimed Multiplayer Online Battle Arena (MOBA), Dota 2, is esports at its finest. With last year’s event bringing in millions of viewers, sixteen global teams, and a record-breaking prize pool of over $20 million, it has become an event that is hard to match. The International is the ultimate, ‘end-all’ destination for Dota 2 teams, who must attend and perform well in multiple tournaments throughout the year to even be invited to qualify.

Dota 2 is a pretty straightforward game in itself: two teams of five battle it out in an arena, each attempting to slowly push towards and eventually destroy their opponent’s main tower, or “Ancient,” to win the game. Shops, defensive towers, and neutral creeps that can be recruited all contribute to each team’s effort to win the game. Sounds simple, however, Dota 2 might be one of the most challenging video games to understand, due to its unique isometric viewpoint, over one-hundred different heroes, and jam-packed on-screen clashes. One of the most thrilling aspects of the game is the constantly-shifting odds. Any one player’s mistake – a push gone wrong or an ability mistimed – can have devastating consequences for an entire team, so switching advantages and major comebacks are frequent and exciting.

The International is the must-watch esport event each year, but especially so in 2017 due to unprecedented circumstances. For the first time, the defending champion will not be present at The International since the 2016 winners, Wings Gaming, disbanded last April, reportedly due to internal conflicts between the players and the organization. Fans hoped the roster would return in the form of Team Random, but this group broke up soon after forming last May. Now, The International 2017 is completely up in the air, with no one team having a clear advantage above the rest.

TI6 runner-up, Digital Chaos, is looking to come back after falling just short last year, but has a completely new and relatively inexperienced roster now, having signed Team Onyx last April. Half of the teams that received direct invites come from Europe: OG, Virtus.Pro, and Team Liquid. OG outshined Virtus.Pro at the Kiev Major in April and Team Liquid placed first at several events so far this year, but only landed in 5-8th at Kiev. Evil Geniuses, champions at TI5, are the only North American team to receive a direct invite, and have been outplaying Chinese favorite Newbee recently. Don’t forget Chinese team Invictus Gaming either, who just brought on r0tk as a coach just in time for TI7. Of course, upsets are common in Dota 2, so don’t give up on the teams that qualified without invitations. Team Secret, LGD, and Team NP are some notable names to look out for. All of these teams are looking for glory and riches both.

On August 12th, Old and new fans of Dota 2 will gather in Seattle to witness the biggest esports tournament in the world. Teams from all over the globe will compete for a prize pool unlike any other. With the bar set so high, it is nearly impossible to predict which team will be named champions. Whether in the arena itself, watching on Twitch for the game, or on TBS for the inside scoop, the Dota 2 International 2017 is a tournament that you don’t want to miss.