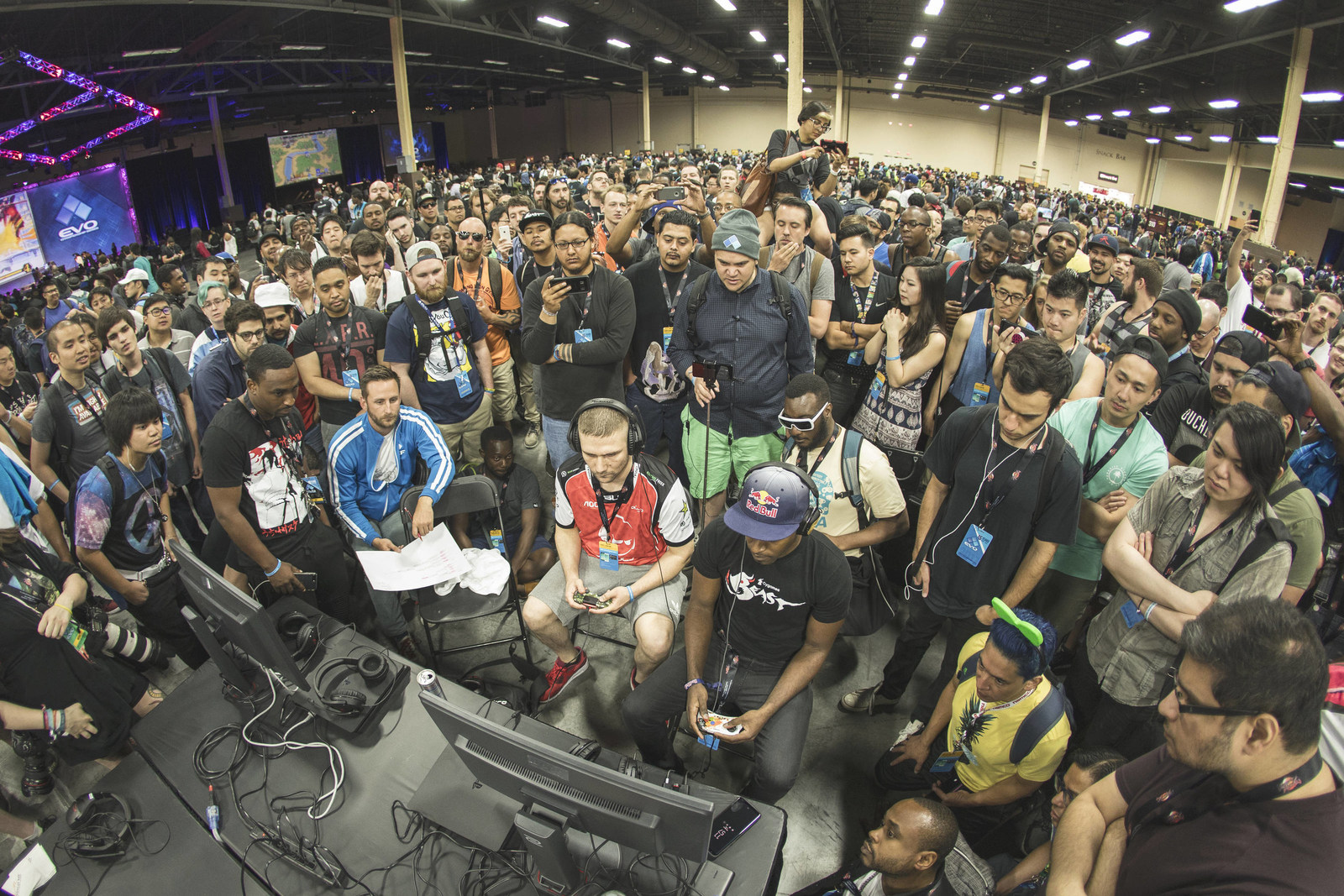 As an impressionable 6 year old, what captivated you about the Street Fighter series?

“For me it was a matter of my brothers being able to do what I couldn’t do. Then when I asked them how, they wouldn’t tell me. They would tell me I needed to figure it out myself.”

Community, family, and friends seem to play a part for many people as they become interested in esports – even just looking at the arcade scene of the 1980s.  Do you think that is where the sense of community began?

“Arcades were a place where people could come and meet up after school or after work and hang out with their friends. Arcades were cool because they would host one arcade against another arcade. Different guys from different arcades would back each other. It was a huge rivalry – unfiltered.”

Do you think there will be a resurgence? Is there still a need for this or does the online community fulfill that need?

“It is nostalgic but it wouldn’t be as useful as what we have now. Currently we have what we call gaming lounges. Gaming lounges are almost the same as an arcade. It’s really a big room with a bunch of setups and people bring their own ‘arcade sticks’ – fight sticks.”

Today the industry is booming – reported to pull in $700 million dollars this year. What do you think is attracting such interest in esports?

“Some people want to be just like the pros and they want to have the skill so they end up buying the games. They want to be the first guy or girl to win; but not everyone buys the games to become a pro. Even if they are not competitive and they’ve never seen a professional play, they play a specific character and then they see someone else playing it professionally. They become completely inspired.”

Let’s talk future. If you had a crystal ball, what do you foresee for the future of esports?

“When you look back 10 years, this community was really small. When you look at it now you are just like, wow – you can really see how it has grown. There is no choice but for the FGC to keep rising up as time goes on. I feel like [in the future] everyone is going to continue to keep playing on the type of controller that they want to play with. Currently, it is in the arcade culture to keep playing on an arcade stick but this isn’t needed for a lot of games because a lot of the games coming out are easy to play. Everyone is using a lot of controllers or hitboxes. In the future maybe they will play with something new that someone will come out with. You are going to see a lot of growth.”

What kind of impact will this evolution of play have on the community?

“With the games coming out being easier to play, it makes it more accessible to newer players who want to come in and play because it is less intimidating. It is both easier to play and a lower barrier to entry.”

As AR/VR are emerging industries today, do you think AR/VR technology could be integrated into the world of Street Fighter?

Is this something you feel is an exciting opportunity for esports – to be “in the game” like AR/VR promises?

“When you spend rigorous hours learning combos – and you are able to get them 90% of the time – you get that euphoric feeling somehow. You feel achievement. It makes you feel in-tune with your character.”

So as a professional esports athlete, is it fair to say you get that multisensory experience even without a futuristic high tech bodysuit?

“I started off using Zangief and he was absolutely terrible [in early games] but he has this intimidation factor. That is a different feeling outside of what you get to do in the game. That’s really interesting to me.”

In the world of esports, you don’t need a bodysuit to feel superhuman.

Find the entire story at www.redbullcontentpool.com/futureofesports

Get all the action from EVO 2017 here https://www.redbullcontentpool.com/evo2017