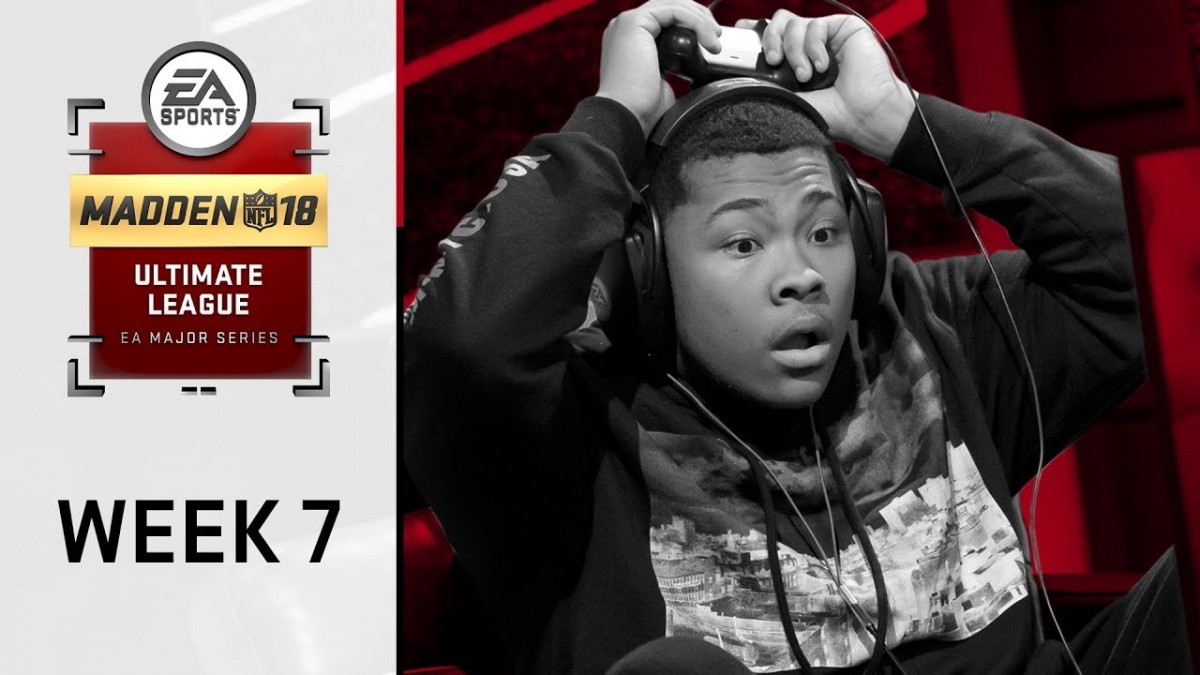 Tune in every Saturday to watch the first-ever Madden Ultimate League (MUL) season streaming on various digital channels including Twitch, YouTube, Facebook, Twitter, and Mixer. The season culminates with the playoffs and finals from the NFL draft in April, live on ESPN2.

Last week marked the beginning of Elite Conference gameplay for the Madden Ultimate League, and it did not disappoint. Fans were treated to more pass-heavy game plans from the fresh crew of competitors, and several high-scoring affairs on the virtual gridiron. If you missed any of the excitement, catch up with the video below. Now, let’s look ahead to this weekend’s upcoming stream schedule so you know exactly what to watch for.

Can Blocky be stopped?

Blocky, currently first in Division A, was on a mission during last week’s stream. He won all three of his games and registered 30-plus points in two of those three outings. The 2018 Miami Dolphins Club Champion also collected a ridiculous eight interceptions over those three games, which he clearly took advantage of. A potential 4-0 start would be a huge advantage in this tournament, considering each competitor plays just 10 regular season games.

Noble SteveyJ and Noble Prodigy face each other only once during MUL regular season gameplay, and that battle takes place this week. Noble Prodigy lost his first two games last week while Noble SteveyJ held Skimbo to just six points in a win, but dropped his other game 27-20 to Spotmeplzzz in an exciting finish. It’s worth tuning in to see who can take home bragging rights this weekend.

As I mentioned, Noble Prodigy got off to a shaky start, losing both of his contests during the first week of Elite Conference gameplay. He first ran into a Blocky buzz-saw, losing 34-17, and dropped his second matchup to GOS in a much closer 12-10 game. He’ll need to average more than just 13.5 points per game to stay competitive in a conference that has posted a combined averaged of 20.75 points per game thus far.

The 2018 Madden Challenge runner-up won his first two games in the MUL and has three more contests this week. He’ll face Noble SteveyJ, Joel CP, and GOS, as the young (it’s in his name) Seattle-based gunslinger looks to stay hot via a high-octane offensive attack in Division B.

Can GOS power through a pair of tough matchups?

The 2018 Madden Club Champion faces Skimbo and Young Kiv this week. That’s a difficult double-header for GOS, who managed just 22 points in two games combined during last weekend’s stream. For those who may be unfamiliar, Skimbo already owns two Madden Championship Series belts and is known for his excellent per-opponent game preparation a-la Bill Belichick and the New England Patriots. Meanwhile, Young Kiv has averaged 27.5 points per game in his first two contests. GOS will have to step up offensively to remain competitive.