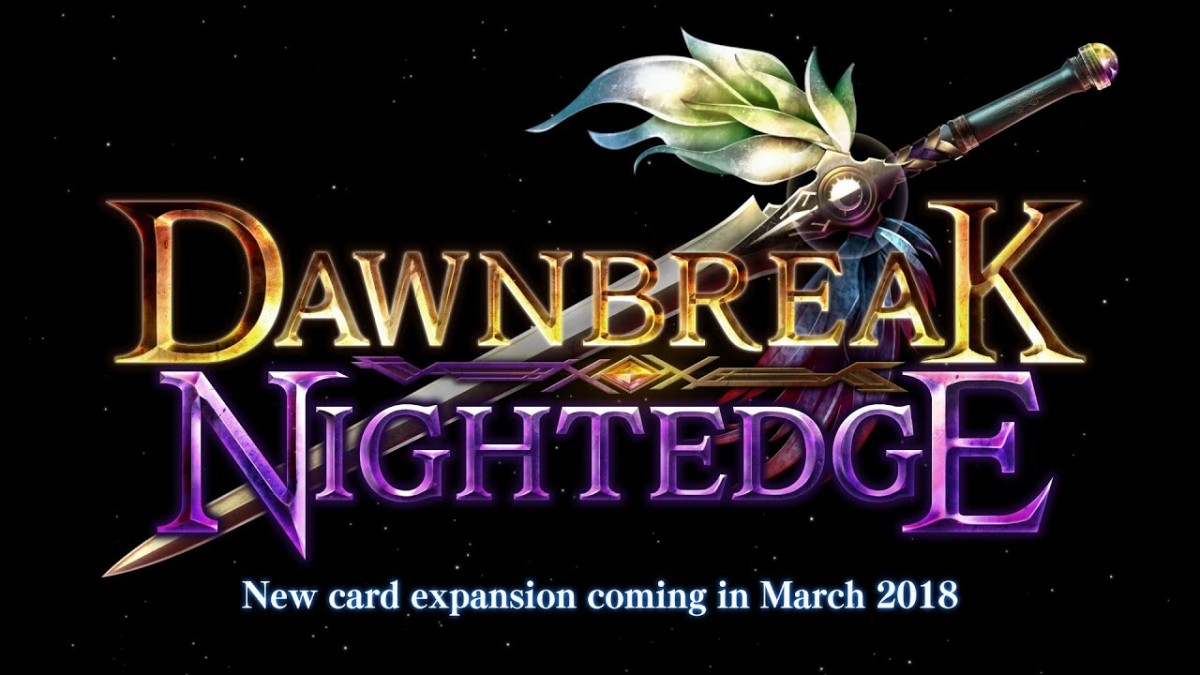 Dawnbreak, Nightedge will launch worldwide at the end of March 2018, introducing new cards to the main game along with a new keyword, ‘choose’, to give card game cognoscenti access to unprecedented levels of strategic depth.

Dawnbreak, Nightedge is the eighth card set for the hit digital card game from Japan, and new cards from the set will be unveiled throughout March, including cards featuring the new ‘choose’ keyword. This new function will allow players to choose from a selection of different abilities or effects when they play certain cards – allowing canny deck-builders to adapt their in-game strategies on the fly.

The new expansion will also include two cards that come with free leader skins based on the results of the 1st Birthday Card Popularity Poll, which took place in the game last year.

And, cementing the game’s reputation as one of the most generous games around, Cygames also announced that every player will receive a rare Legendary card for absolutely free. The particular card that players will receive will be announced later this month.

Gamers can get an early glimpse of Dawnbreak, Nightedge at PAX East, where the developer will be showing off Shadowverse as well as its paradigmatic smartphone RPG, Granblue Fantasy.

About Shadowverse
The next evolution in the collectible card game (CCG) genre, Shadowverse features a wealth of both single-player and competitive multiplayer content, and a multitude of beautifully illustrated cards.
The game has been downloaded over 16 million times and was described as “2016’s standout digital CCG” by SuperData Research. It features eight fully-voiced interweaving stories, a vast array of different deck strategies, and the ability to unlock the full potential of your favorite cards by “evolving” them mid-battle for a truly gripping strategy experience.

Shadowverse is currently available on PC via Steam, on the App Store for iPhone and iPad, and on Google Play for Android devices. For more information about the game, visit Shadowverse.com