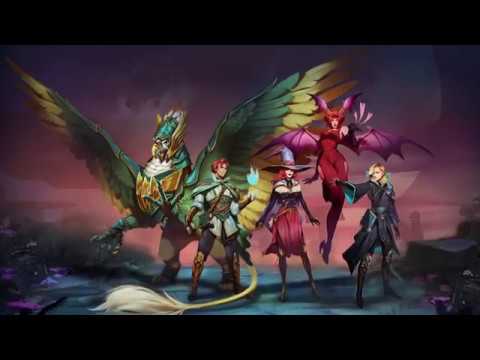 After a fierce day of incredible competition, the first and second place winners of the Summoners War World Arena Championship Americas Cup have been announced. In a stunning upset that shocked the Summoners War community, newcomer and underdog DrmzJoseph beat last year’s New York regionals winner, Tiger in the finals. Both have now earned their place in the World Finals in Seoul on October 13 against finalists from the Asia Cup and Europe Cup for a grand prize of $110,000.

Fans can visit the official Com2us Twitch and YouTube channels to watch the thrilling action from the tournament.

As a special unveil, fans were treated to a behind-the-scenes video from Skybound Entertainment, showcasing the team at work transforming Summoners War into an entertainment franchise across various mediums, including comics, an animated series, and beyond.

Com2us also announced an exciting new update for the game, introducing two brand new Monsters. Making their way into battle are the Default 5★ Monster “Druid” and the Default 4★ Monster “Dryad”, who both specialize in supporting ally characters while dealing damage to enemies. With the ability to transform into a beast, the rough and tough-looking Druid gains access to a plethora of new skills and abilities, giving players a wide array of strategies in battle. In addition, each of its elemental forms (Water, Fire, Wind, Light, and Dark) comes with their own powerful passive skills for players to utilize. Joining Druid is the forest fairy “Dryad” who works in harmony with the power of nature to support allies on the battlefield as a Support-type Monster. By using skills such as flower growing and Honey Bee Friends, Dryad can absorb the enemy’s attack Bar and restore ally HP.

About Summoners War:
Summoners War is the flagship mobile RPG developed by Com2us. Launched globally in 2014, the game has ranked #1 grossing in RPG games in 108 countries (App Store) and in 96 countries (Google Play). Summoners War features over 1,000 unique characters and provides a premium mobile RPG experience gamers are able to enjoy anytime and anywhere.