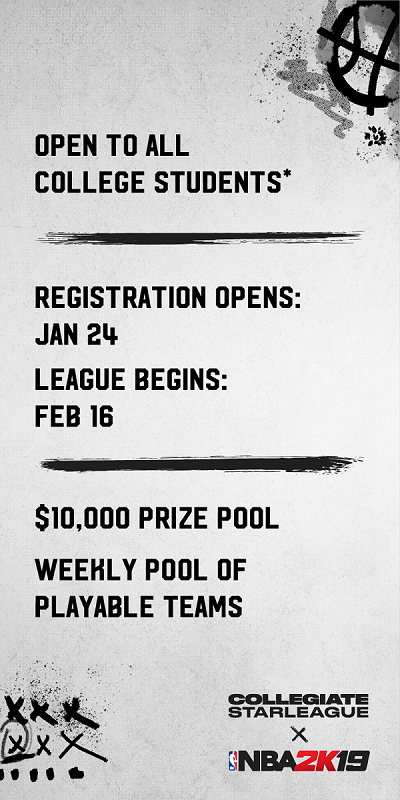 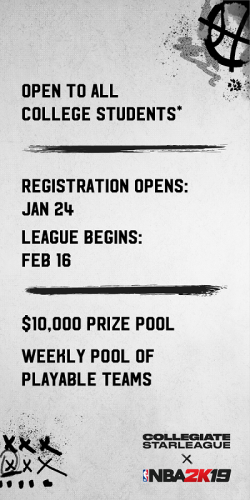 Collegiate StarLeague announced that NBA 2K19 is coming to US and Canadian college and university campuses.

The competition – which will commence in January 2019 – will provide players at more than 1,600 participating Collegiate StarLeague colleges and universities the chance to represent their school in the world’s largest collegiate esports program. The very best teams to emerge from the fray will meet at the CSL Collegiate Grand Finals in April 2019, to compete for a scholarship prize pool of $10,000. Furthermore, with more than $175,000 in prizes and scholarships available across different games for CSL’s 2018-2019 season, it’s going to be the biggest year yet. With the addition of NBA 2K19, the bar is being raised even higher.

To ensure the broadest possible school and player participation, the NBA 2K19 tournaments will focus on a 1 v 1 game format. Leagues will form for play on both PS4 and Xbox One, with prizes and scholarships being awarded on each platform to the top competitors and schools.

Interested players can visit cstarleague.com to learn more about all the important dates, eligibility rules and registration.