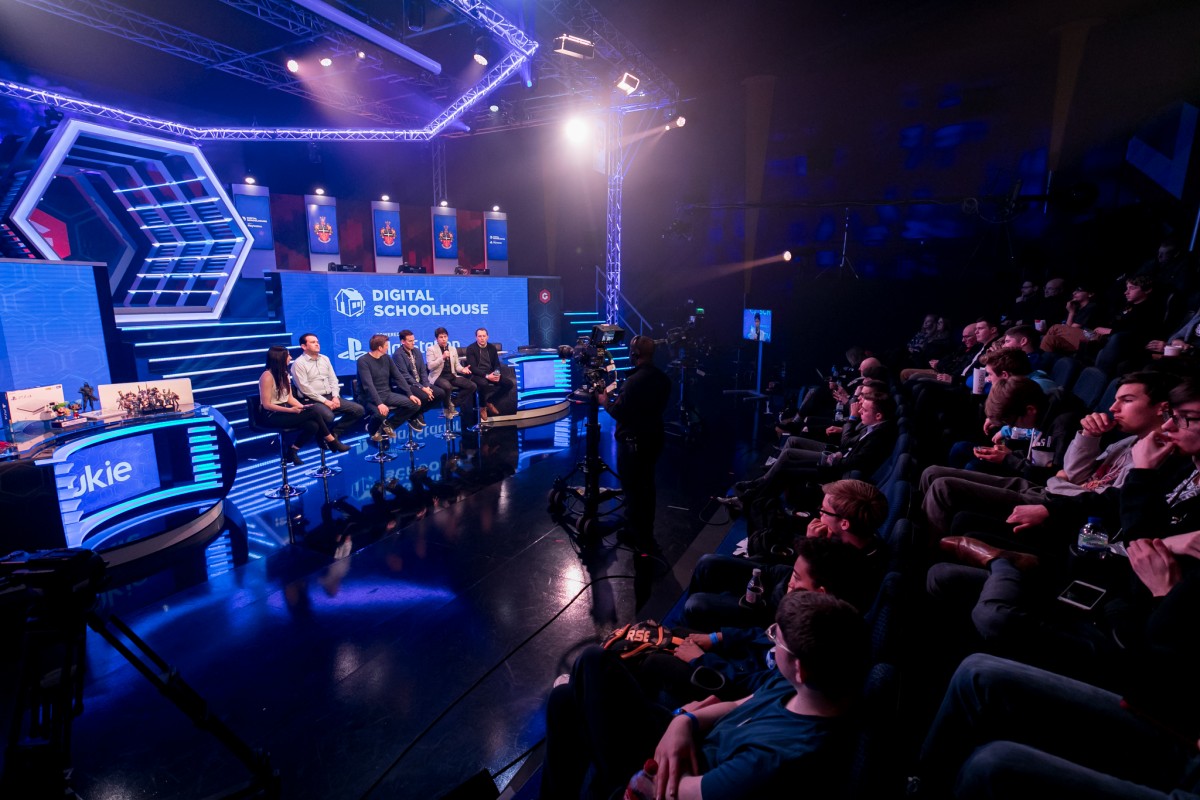 Four schools from across the UK gathered in the Gfinity Esports Arena in London yesterday to battle it out for the coveted trophy, designed by a father-daughter duo representing Creative Assembly. After fierce competition, the Crypt School came out on top and went home the winners at this unique competitive-gaming-meets-careers event.

With the backing of gaming industry giants such as David Yarnton, director of Gfinity & chair of Ukie Esports Group, to cheer them on, students didn’t just attend the event to play. They also found out how esports can support skills vital to their computing lessons, and how these skills are vital to a wide range of jobs available in the gaming industry. This includes question and answer sessions and one-to-one careers advice with a number of esports professionals. 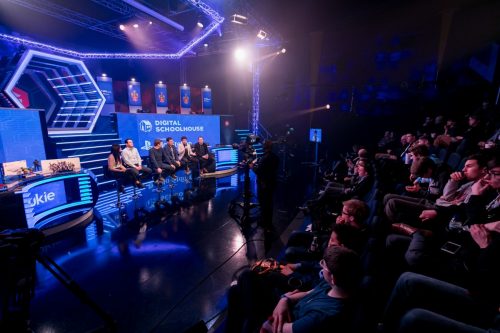 As such, the bridge between education and business was created as part of the London Games Festival, a program that has been designed to support, grow and promote the video games and interactive entertainment sectors.

The event is run by Digital Schoolhouse, powered by PlayStation, a program delivered by games industry trade body, Ukie, as a way of creating a bridge between the education and technology sector. There is no other esports tournament in the UK for schools, so Digital Schoolhouse included additional stages to the competition this year after the pilot year, last year, resulted in extra demand.

Susan Green, teacher and STEM development manager at the Crypt School said: “The opportunity presented by Digital Schoolhouse has empowered my students to realize their skills and develop new ones. Overall it is fun and inspiring, and more importantly, it helps them see pathways for their own future.”

Students put their communication, creative thinking, team work and strategic thinking skills to the test as they used the popular game by Activision Blizzard, Overwatch, to compete for the first prize, which, as well as the trophy included, medals for individual team members, a PlayStation 4, a framed signed Overwatch poster and a limited edition statue of the character Soldier 76.  There was also a medal awarded to second place with a statue of Overwatch character, Soldier 76, and a trophy awarded for ‘Best Shoutcaster 2018’ to Daniel Parker from New College, Swindon. 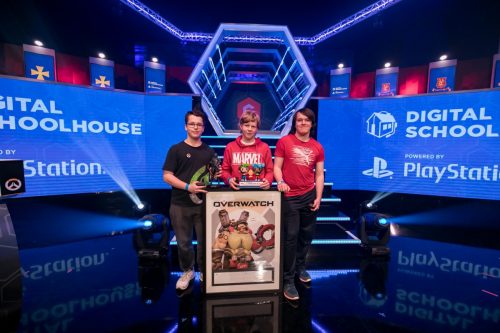 The winning team, Cryptonite, commented on their victory, saying: “It’s been amazing that Digital Schoolhouse have given a platform for children like us around the country to come together and have this experience.”

Shahneila Saeed, program director for Digital Schoolhouse, said: “After such a successful event last year, there were high expectations to meet again with this year’s Digital Schoolhouse Esports Tournament. The feedback from everyone has been great, particularly about the additional stage we have added this year. By including a regional qualifiers round, we were able to include more schools with the competition this year and reach even more students to engage them with computing.

“We have also been overwhelmed with the enthusiasm and commitment shown not only by the schools and students themselves, but by our sponsors and industry professionals who have gone above and beyond to support us in providing participants with a fun and engaging experience, as well as practical career advice.”

To register interest in becoming a Digital Schoolhouse, please complete the application: http://www.digitalschoolhouse.org.uk/applynow .

For more information about the next eSports Tournament, visit www.digitalschoolhouse.org.uk .