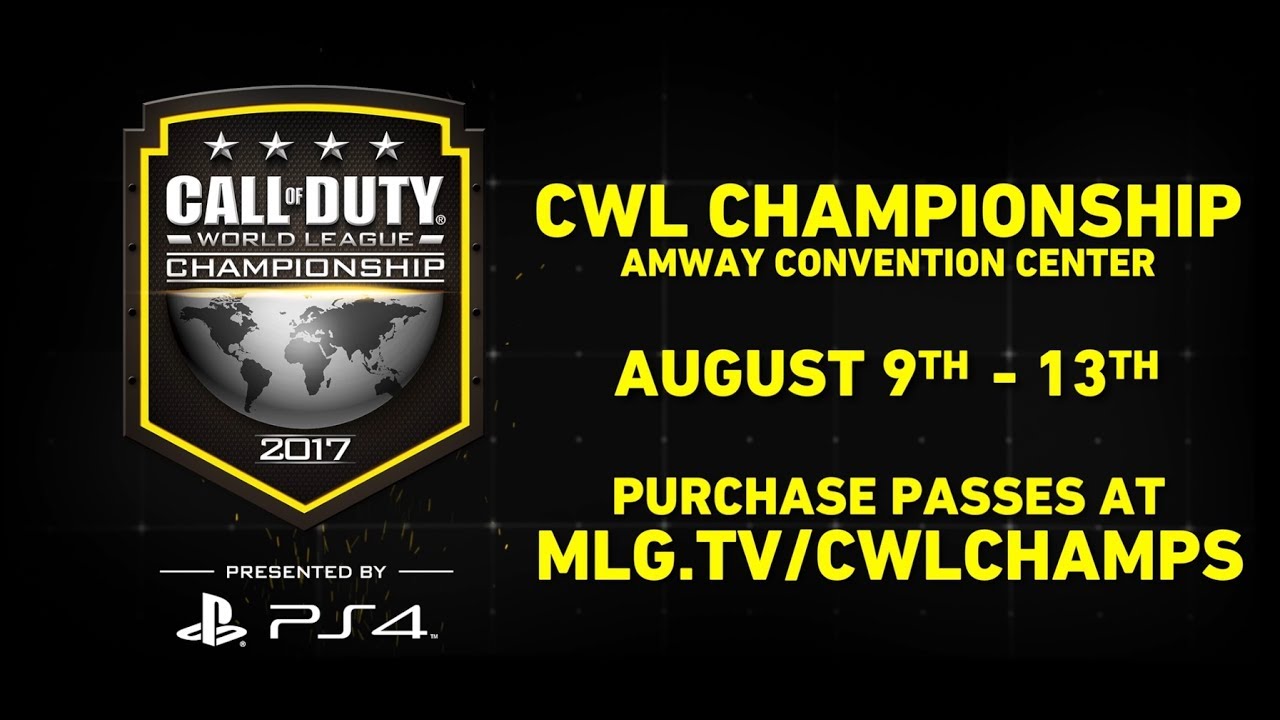 Nine Open Events. Dozens of GameBattles Pro Point Tournaments. Thousands of Pro Point ladder matches. Two Stages of the Global Pro League. Three Last Chance Qualifiers. Those hundreds of thousands of hours of competitive Call of Duty will all lead to one World Championship event that will determine the best team in the world.

Out of the hundreds of teams who have competed throughout the season, only 32 across the North American, European, and Australian-Pacific regions are left standing in the fight for the 2017 Call of Duty World League Championship.

Here is everything you need to know about the event:

The CWL Championship is a two-stage tournament, with a Pool Play stage set to be held from Aug. 9-10, followed by the Championship Bracket stage on Aug. 11-13. Each of the eight pools will consist of four of the 32 eligible teams. Within each pool, the four teams will compete in a round-robin stage, where they will play a best-of-five series against one another.

The top two teams out of each group will move onto the double elimination Championship Bracket stage. If teams are tied in series win percentage at the end their group, the tiebreaker will be settled by map win percentage, followed by head-to-head win percentage if there is still a tie.

Stage 2 of the Global Pro League is a crucial factor into determining which teams end up in Groups A-H, and will take place every weekend through the month of July over on mlg.tv/callofduty.

This is to ensure equal representation of each of the three regions as best as possible, even though there are an uneven amount of teams competing from each region.

Here is an example of that rule in action:

Mindfreak is randomly drawn into Group A. Later in the Group Draw, Tainted Minds selected first for Group A, but is placed into Group B to avoid having two teams from the APAC region in one group.

If you want to find out the final eight teams that will head down to Orlando for the CWL Championship, then don’t miss the North American Last Chance Qualifier on July 27. Live from the MLG Arena in Columbus, Ohio, the top-16 non-Global Pro League teams across North America will have to survive a grueling double elimination tournament against each other if they want a shot at the 2017 Call of Duty World League Championship.

You can also see every Championship Bracket game live in the Amway Center from Aug. 11-13. Tickets are still on sale on ticketmaster.com for both general admission as well as VIP passes.

This World Championship will be the grand finale of the competitive Call of Duty season, so make sure you don’t miss a second of the action!