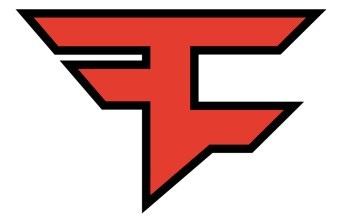 FaZe Clan, the world’s most prominent gaming organization, announced last week over the course of five days, the six winners of the #FaZe5 challenge: Faxuty, VIRUS, Nio, Flea, K1nG  and Scope. The challenge, which started in September 2020 attracted more than 211,000 applicants from around the world, which is more than double the amount of applicants the most applied-to college in the US receives annually (source).

The #FaZe5 reveal shows racked up over 2.5M live views from December 27th to 31st as each winner was revealed in real time during a daily livestream. Total views of all five livestream shows have surpassed 9M across FaZe Clan’s Twitch, YouTube, Facebook and Instagram. FaZe also saw an average of over 100,000 concurrent viewers each day, which would be the equivalent of filling LA’s Staples Center or NY’s Madison Square Garden five times over. Tune-in grew day over day with a peak CCV on the final day over 279,000, which would equal more than three sold-out Dallas Cowboys games at AT&T Stadium.

“Over the last few years, we’ve had a handful of moments that so clearly defined our prominence in the gaming world,” said Lee Trink, CEO of FaZe Clan. “Moments where we were floored by the results, like the massive crowds at our NY pop-up in 2019 and the success of our Champion collaboration in 2018. The relaunch of #FaZe5 marked another moment when we were humbled by the sheer power and reach of FaZe. We saw an outpouring of submissions – from every corner of the creative community and every corner of the globe – all wanting to join our organization. It was an unbelievable experience for our community and our talent, enabling us to continue to shape and grow FaZe Clan for the future.”

The six winners of #FaZe5 – who each took home $20,000 and an endorsement deal with FaZe title sponsor G FUEL – will join the FaZe Clan family and represent the organization globally as they hail from the U.S., Canada, Saudi Arabia, Australia and Argentina. In addition, FaZe Faxuty is taking home a customized Nissan Kicks vehicle. Due to the intense competition, FaZe Clan expanded the winners from five to six on the final day of live reveal shows to surprise their fanbase.

The #FaZe5 winners are:

FaZe Faxuty is a content creator and live streamer on Twitch and YouTube who joined FaZe Clan after his fiery personality caught the organization’s eye. Born in Los Angeles and raised in Sacramento, Faxuty has had aspirations to be a renowned gamer since he was a kid. He started as a Call of Duty player and has since expanded into several other games and genres. Faxuty sees joining FaZe Clan as the start of what’s going to be a truly incredible gaming journey.

From Jeddah, Saudi Arabia, FaZe VIRUS is largely regarded by his peers as one of the best Call of Duty players and streamers on Twitch and YouTube, if not the best in all of the Middle East. VIRUS, a skilled and passionate gamer, took a hiatus from gaming to obtain a degree in air traffic control. While enjoying his new career, VIRUS returned to gaming at the onset of the pandemic and quickly amassed a following for his laser-like focus and unbelievable reflexes. VIRUS is on a mission to inspire and bring more recognition to other skilled gamers in the Middle East.

FaZe Nio is a Twitch content creator from Vancouver, Canada who wows fans with his effortlessly dominant Call of Duty: Warzone gameplay. He first got serious about gaming when he started competing in tournaments with now fellow FaZe Clan member NICKMERCS. Since then, Nio has pivoted his focus on content creation with the goal of building a truly authentic and tight-woven community around his gameplay.

FaZe K1nG‘s gaming journey began at the age of 6 after his brothers introduced him to FPS games. At 13, he traveled to New York from his native home of Buenos Aires, Argentina to compete in the 2019 Fortnite World Cup. A top 5 finish cemented his reputation as a fearless and formidable competitor and YouTube streamer despite his age. As a part of FaZe Clan, K1nG remains focused on winning the ultimate title of Fortnite World Champion.

FaZe Flea, born and raised in Melbourne, Australia, caught FaZe Clan’s attention with his masterfully produced YouTube and Instagram content. An editing savant, he has self-produced more than 400 high-quality Fortnite videos spanning montages, tutorials and reviews. While already a demonstrable success among the Fortnite community with over 1 million YouTube subscribers, Flea’s passion for innovation has him constantly striving to unlock new creative capabilities and ideas.

FaZe Scope, a Grand Rapids, Michigan resident, has been following FaZe Clan’s growth over the past decade, and shares the vision and dedication to the industry. Born to a family of college-level athletes, Scope grew up playing lacrosse, basketball, and golf, though his real passion was always gaming. At first, his parents were apprehensive of his decision to turn to content creating, but his passion and drive across his successful Twitch and YouTube channels convinced them otherwise, and now they regularly enjoy watching his Call of Duty streams. Scope credits FaZe Clan as the inspiration for building a lucrative path through gaming and content creation, and can easily recall anecdotes and achievements of FaZe Clan members throughout the years off the top of his head.