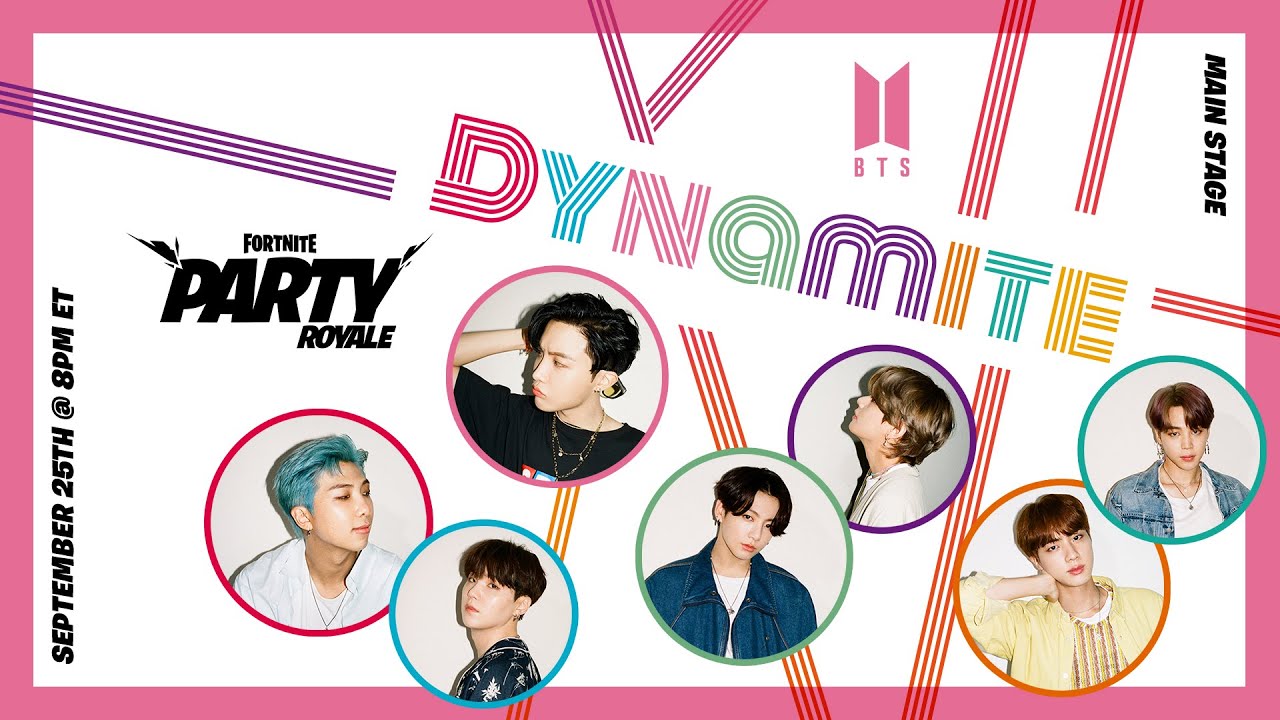 Epic Games announced that it has partnered with the global pop superstars BTS to premiere a new choreography version music video of the record breaking single “Dynamite” inside Fortnite at Party Royale’s Main Stage.

“Dynamite” is BTS’ latest English-sung single. The song debuted at No.1 on Billboard Hot 100 and maintained that feat for two consecutive weeks, first ever for a Korean pop act. The official music video also became Youtube’s most viewed music video in its first 24 hours with 101.1 million views.

The video — a never-before-seen choreography version of BTS’ “Dynamite” — will premiere on Friday, September 25 at 8:00 PM EDT. The premiere will take place in Fortnite’s Party Royale mode, the game’s no-combat social space where players can get together with friends to catch concerts, watch movies, or just chill. Following the premiere, players can enjoy “Dynamite (Tropical Remix)” afterparty with karaoke graphics to sing and dance along.

Additionally, starting September 23 at 8:00 PM EDT, players can purchase a bundle with two emotes choreographed after BTS. These new moves will let players bring some BTS style to the premiere or anywhere in Fortnite! The “BTS Dynamite Bundle” will cost 800 V-bucks.

“We’re always looking to partner with talented artists who are interested in pushing boundaries and finding innovative ways to reach fans,” said Nate Nanzer, Head of Global Partnerships at Epic Games. “BTS is not only incredibly popular worldwide, but their talent, creativity, and forward-thinking made them a perfect match. We’re honored to host their premiere.”

Fortnite is available as a free download on PlayStation 4, Xbox One, Switch, PC, and Android via www.fortnite.com.