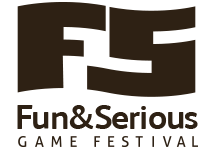 The festival, which will be held from December 10 to 12, will feature a special format to mark its 10th anniversary: Online talks with the most important honorary award recipients and speakers that have attended the festival in the last decade, as well as other relevant current figures in the electronic entertainment sector.

In 2020, the Fun & Serious Game Festival keeps its winter appointment with the key names of the video game industry, and after confirming the celebration of its tenth edition -this time in online format from December 10 to 12- and unveiling the first names (Tim Willits, Marc Merrill, Harvey Smith and Warren Spector, among others) to confirm their attendance, adds two more new talents to their schedule.

David Cage is the creator of titles that have been able to blow up the traditional borders of video game, such as the multi-awarded Detroit: Become Human. The French game director, writer and composer, founder and CEO of the famous creative studio Quantic Dream, began his professional career in the industry in the 90’s. His most emblematic works, which delve into complex storytelling and characters endowed with great emotional intensity and exploring new genres and formulas, came under the umbrella of Quantic Dream, a company that he founded in 1997 and where he holds the position of CEO, Financial and Business Manager, designer, writer, director … The Nomad Soul (1999) was the first game produced by Quantic Dream, written and directed by David Cage, and met a critical success across the world. The game is well known for David Bowie’s original soundtrack and his rendering in game as a lead band singer. Fahrenheit (2005) allowed David Cage to consolidate a special storytelling approach and Heavy Rain (2010) won numerous international awards, including three BAFTAs, for his clearly cinematographic construction that splits the plot into a myriad of narrative decisions; Beyond: Two Souls (2013) and, above all Detroit: Become Human, in 2018, established Cage as one of the undisputed fathers of interactive drama. David Cage was the first video game developer to be awarded the French Legion of Honor, the highest distinction of the French nation.

Joe Madureira is a renowned comic artist and the CEO of Airship Syndicate. Known for his legendary work on Marvel Comics series such as the Uncanny X Men, Marvel The Ultimates and Avenging Spiderman, as well as some installments of Deadpool and Wolverine, he obtained his first success in the video game industry as the creative director of Darksiders (2010) at THQ. Joe is also the creator of the comic series Battle Chasers, and in 2017 he launched the video game inspired by the series. Battle Chasers was the first title developed by Airship Syndicate, which is based in Austin, Texas and founded in partnership with Ryan Stefanell, Chris Brooks, and Steve Madureira. Following its latest release, a new installment in the Darksiders saga (Darksiders: Genesis), the studio is currently focused on Ruined King: A League of Legends Story, a single-player turn-based RPG game based on the League of Legends universe (which will be hitting consoles), and it will be published by Riot Forge in 2021.

The 10th edition of the Festival which, taking into account the current health circumstances, has decided to opt for the online and open format, will include talks and interviews featuring some of the honorary winners and most important participants who have attended the Festival during the last decade, as well as the addition of some of the new relevant names in the industry.

The event will appeal to a very diverse audience, from video game fans, who will be able to learn more about the creation of their favorite titles, to professionals, as well as video game design and creation students. The talks by these key names in the industry will be moments to learn about, get to know and delve into the creative process and the business leadership of the great titans of the sector.