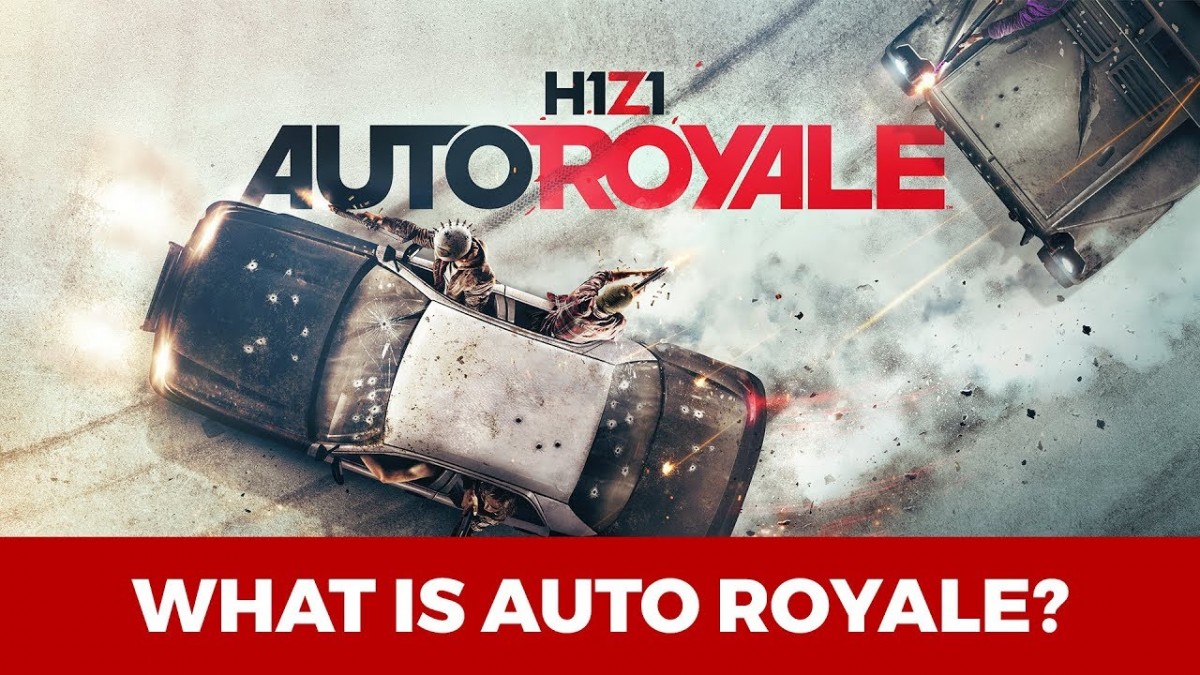 “In 2016, we did something unheard of – we split a successful game into two products and introduced the world to the first standalone battle royale game. The next year, we created the first battle royale esports league and became the second esport to ever air on broadcast television. This year, we continue to push this young genre forward with the introduction of Auto Royale,” said H1Z1 General Manager Anthony Castoro. “Auto Royale doesn’t rinse and repeat what is currently available on the market; it turns the genre on its head with a fresh approach – arcadey, vehicle-only battle royale unlike anything anyone has experienced before.”

Inspired by H1Z1’s fast-paced vehicle play, the new game mode – Auto Royale – features up to 30 teams of four in a battle to be the last vehicle standing. Teams speed around the massive map looking for power-ups, weapons, ammo, fuel and health as they try to outshoot, outdrive and outlast the competition. The mode introduces two new vehicles to H1Z1, a sedan and an armored recon vehicle (ARV), as well as a variety of features to cause vehicular havoc, including ramps, landmines, oil slicks, turbo boosts, vehicle jumps, corrosive smoke and much more.

Auto Royale is currently in beta and will continue to develop with feedback from the community. Along with the new vehicular battle royale game mode, H1Z1 launches with a plethora of new features designed to enhance the game’s competitive nature and fast-paced combat.
ADDITIONAL H1Z1 LAUNCH FEATURES:

H1Z1 evolved tremendously during early access thanks to continued feedback from the community, leading to overhauls to the combat and vehicle systems, the addition of skirmishes and airdrops, changes to the toxicity system and more. The game will continue to escalate its solo and team-based last-person-standing thrills with new updates after release, including Z1 Remastered, a revamped version of the fan-favorite map from H1Z1’s early days. Daybreak is committed to further growing H1Z1’s competitive scene with support for structured organized play, tournaments and the H1Z1 Pro League.

About H1Z1®
H1Z1 is a fast-paced, highly competitive, battle royale shooter. Parachute in and search for weapons, ammo, vehicles and supplies to stay alive. As a toxic gas cloud compresses the map, develop your strategy and prepare for the spectacle of mayhem. Go solo or group with a team of two or five to be the last ones standing. MAKE EVERY BODY COUNT.
ESRB Rating: Rated T for Teen for Violence and Blood.