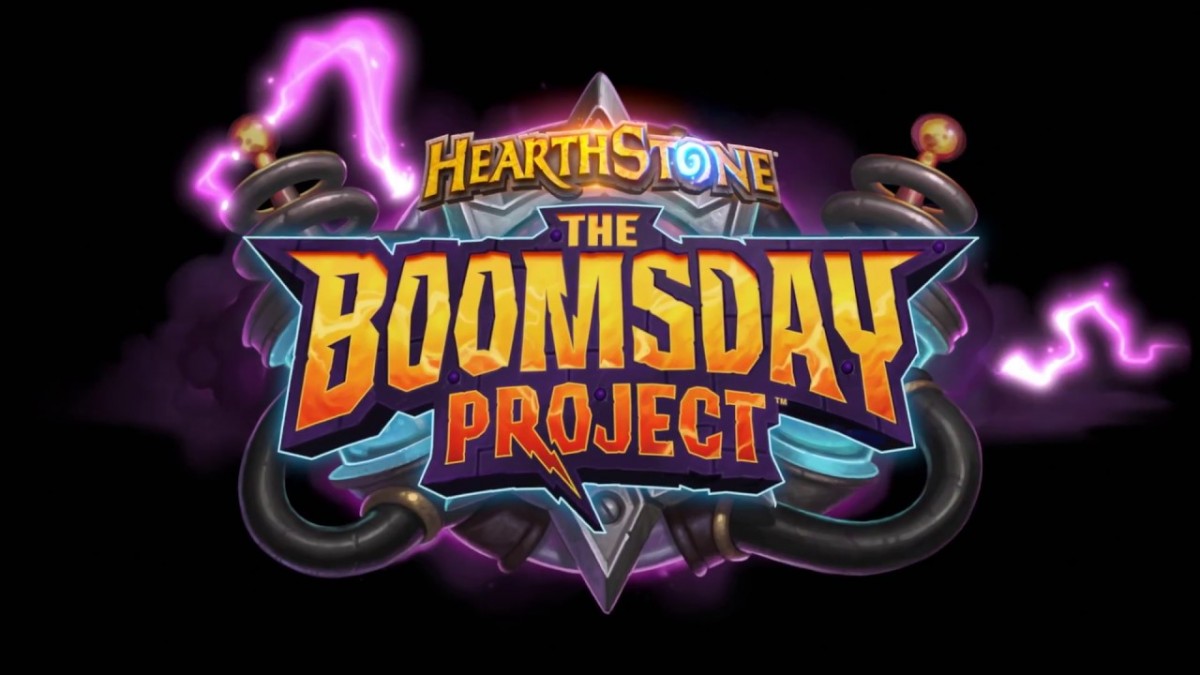 For a limited time, players can log in to Hearthstone to claim three free packs and a class Legendary card

No project is deemed too difficult (or too dangerous) for Dr. Boom and his colorful team of scientists, engineers, and researchers. In The Boomsday Project, players will encounter raw, unfiltered science in the form of irresponsibly powerful Omega cards, which become incredibly potent when played at 10 mana crystals. They’ll also be inexplicably attracted to the new Magnetic keyword, which allows Mech minions to merge, combining their attack, health, and abilities to form mind-blowing amalgamations of doom. In addition, unwilling participants will be subjected to Projects, maniacal spells that appear to be mutually beneficial to both parties. And players will surely handle the immensely powerful new Legendary Spells, representing the pinnacle of scientific achievement, in a proper and responsible manner.

“Hearthstone players everywhere can unleash their inner evil genius in The Boomsday Project,” said Mike Morhaime, CEO and cofounder of Blizzard Entertainment. “We packed this expansion with all kinds of things that go boom, and we can’t wait to see the new strategies that players concoct.”

Interns are encouraged to get acquainted with laboratory protocol and emergency procedures, because in two weeks, they’ll become responsible for running The Puzzle Lab—the challenging new single-player Hearthstone experience coming to The Boomsday Project. In The Puzzle Lab, players will face a series of increasingly difficult puzzles as they attempt to impress Dr. Boom with their quick wits and neglect of safety regulations. Further details about this brain-bending new game mode will be announced soon.

The Boomsday Project is available now for Windows® and Mac® PCs; Windows, iOS, and Android™ tablets; and iOS and Android phones. Card packs can be purchased individually or in discounted bundles from the in-game Shop for gold or real-world currency at the same pricing as all other Hearthstone card packs. Players now have the chance to win The Boomsday Project card packs as quest rewards or prizes in the Arena, and can also craft cards from the expansion by using Arcane Dust collected from disenchanting unwanted cards.

For a limited time, players who log in to Hearthstone will receive three The Boomsday Project card packs and a free random Legendary class minion or Hero card in celebration of the expansion’s launch.

Throw caution to the wind and visit TheBoomsdayProject.com to further research the expansion.