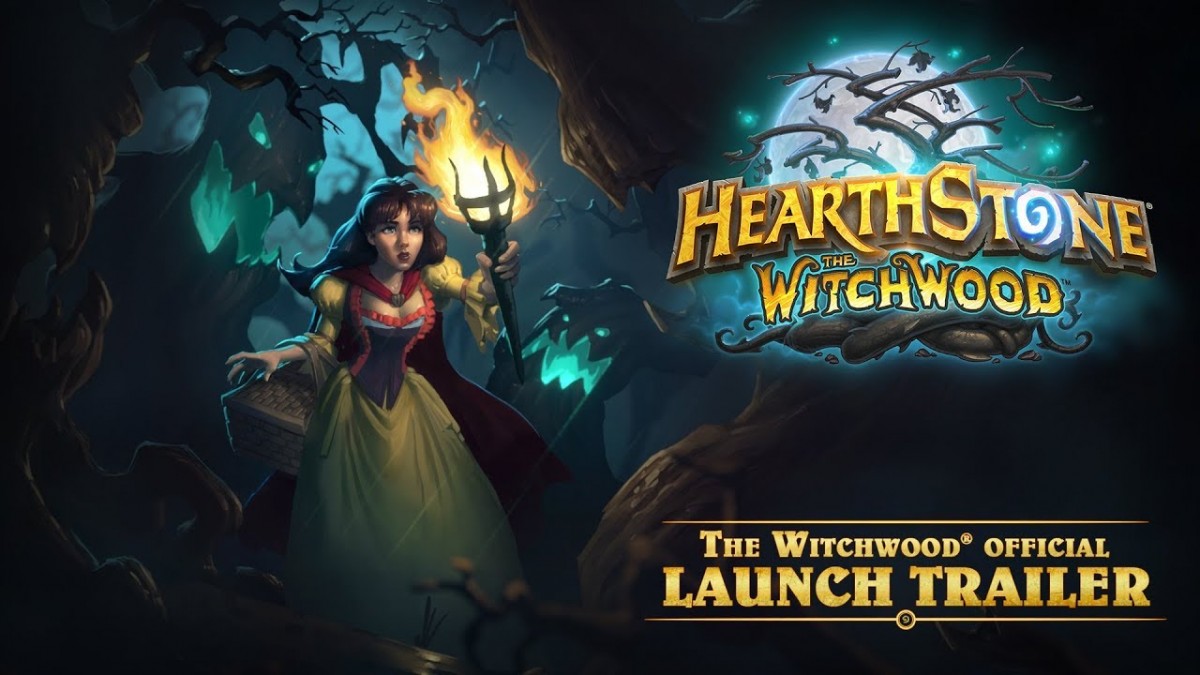 Something spooky is stirring in the heart of The Witchwood™, the next expansion for Hearthstone®, Blizzard Entertainment’s smash-hit digital card game. Next month, those cunning and courageous enough to hunt down monsters and outwit witches can claim their bounty in the form of 135 hair-raising new cards, complete with some uncanny new gameplay mechanics.

Dark magic has twisted the creatures of the forest and set them loose upon the Gilnean capital in Azeroth, but King Genn Greymane and his lycanthropic subjects won’t make for easy prey. The citizens of this proud kingdom, who can shapeshift into ferocious wolf-beasts known as worgen, are bringing the fight to The Witchwood with tooth and claw—and soon, Hearthstone players will join the pack and help them face down the horrors within.

To help them survive the night, players can draw on an arsenal of new tricks, including the eerie new Echo keyword. Cards with Echo can be played over and over again, allowing players to call upon a minion or cast a spell multiple times in a turn as long as they have enough mana. In addition, crafty deck-builders can employ powerful minions that challenge them to use only odd- or even-cost cards in exchange for a potent advantage.

Once the expansion is released, players will have two weeks to arm themselves before embarking on Monster Hunts—the thrilling new single-player Hearthstone experience that will send players deep into The Witchwood to stamp out the evils that lurk within. The leaders of Gilneas are finalizing preparations for these expeditions, and will share more details in the weeks to come.

Coming in April to Windows® and Mac® PCs; Windows, iOS, and Android™ tablets; and mobile phones, The Witchwood card packs will be winnable in Hearthstone’s Arena mode, and players can purchase them with in-game gold or real money at the same prices as Hearthstone’s other card packs. Starting today and up until the expansion is released, allies of Gilneas can pre-purchase The Witchwood card packs in a special 50-pack bundle that also includes 20 bonus packs, as well as the “In a Dark Wood” card back for free. This one-time-only bundle is available on any platform for $49.99 (one purchase per account).