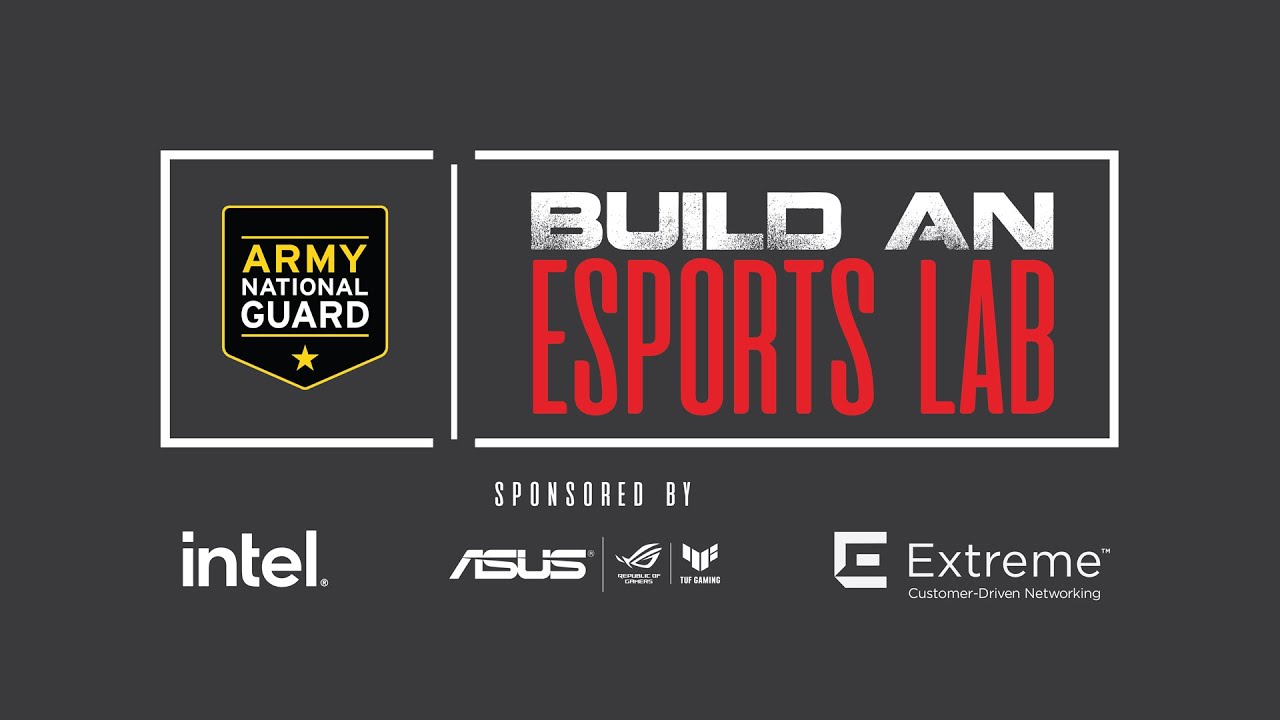 Generation Esports announced an effort by the High School Esports League (HSEL) — North America’s largest competitive gaming organization for high schools — and the Army National Guard to bring fully equipped esports labs to 25 schools in North America. Selected schools will receive a state-of-the-art esports lab installation, complete with top-spec PCs, monitors, and accessories from brands ASUS and Intel. Additionally, selected HSEL-affiliated schools will receive a new hands-on enhanced league benefit in the form of a STEM learning curriculum to educate students on how to build and maintain the lab as well as offer career and college advice.

Through partnerships with ASUS and Intel, selected schools will receive six high-spec gaming systems powered by the 10th Gen Intel® Core™ i7 processor, equipped with ASUS ROG Strix GeForce® GTX 1660 Super graphics cards alongside mechanical keyboards, wireless headsets, and gaming mice provided by ASUS. Schools that wish to take part in the program for a chance to win an esports lab for their campus will need to submit an application, as well as provide descriptions and photos of the space where they would like the lab to be built.

For schools and students interested in building their own PCs, also known as PC DIY, ASUS makes most of what users need to build their own systems, including PC components like motherboards, graphics cards and accessories like monitors, keyboards and headsets. PC DIY has been a part of ASUS’ legacy since 1989, so every component is built to deliver high performance, dependable operation, and user-friendly experiences, all the way from the hardware itself to the software that controls it.

“We are thrilled to be working with such well respected partners to bring esports labs to schools nationwide. We know that setting up esports labs can be cost-prohibitive, so we wanted to step in and give schools an opportunity they might not otherwise have. STEM communities play a key role in the sustained growth of the economy, so it is important that we work to engage students in these areas in a way that builds life-long enthusiasm and excitement. With this project we not only teach students life-long lessons on computer building and maintenance, but also give them the opportunity to get hands-on experience of Esport gaming, potentially setting them up for a future career.” – Jason Kirby, President of Generation Esports

Schools selected for the HSEL and Army National Guard esports lab activation will be announced by February 15, 2021. Schools must apply before December 31st, 2020. No private information about selected / participating schools, or their students, will be shared between Generation Esports and its partners without explicit consent via an optional opt-in field when applying for the esports lab program.

For more information on how schools can apply to take part in this program please head to:

HSEL and Army National Guard esports labs will feature the following PC equipment from ASUS and Intel (final hardware components may vary by time of installation):

From among the 25 schools selected, Extreme Networks — the exclusive networking sponsor for the Generation Esports esports lab activation — will randomly select one school to additionally receive a full internet infrastructure upgrade. To support the chosen school’s new esports lab, Extreme Networks will overhaul its network and optimize it for low-ping gaming, low latency streaming, and fast data transfers.

Extreme is the Official Wi-Fi Solutions Provider of the NFL, delivering high-density Wi-Fi or Wi-Fi analytics solutions to 25 NFL teams, and during the past seven Super Bowls. Its solutions are deployed in professional sports stadiums around the world, and at more than 17,000 schools and 4,500 college campuses worldwide, powering digital education initiatives and enabling competitive esports programs for schools and university systems such as SUNY.