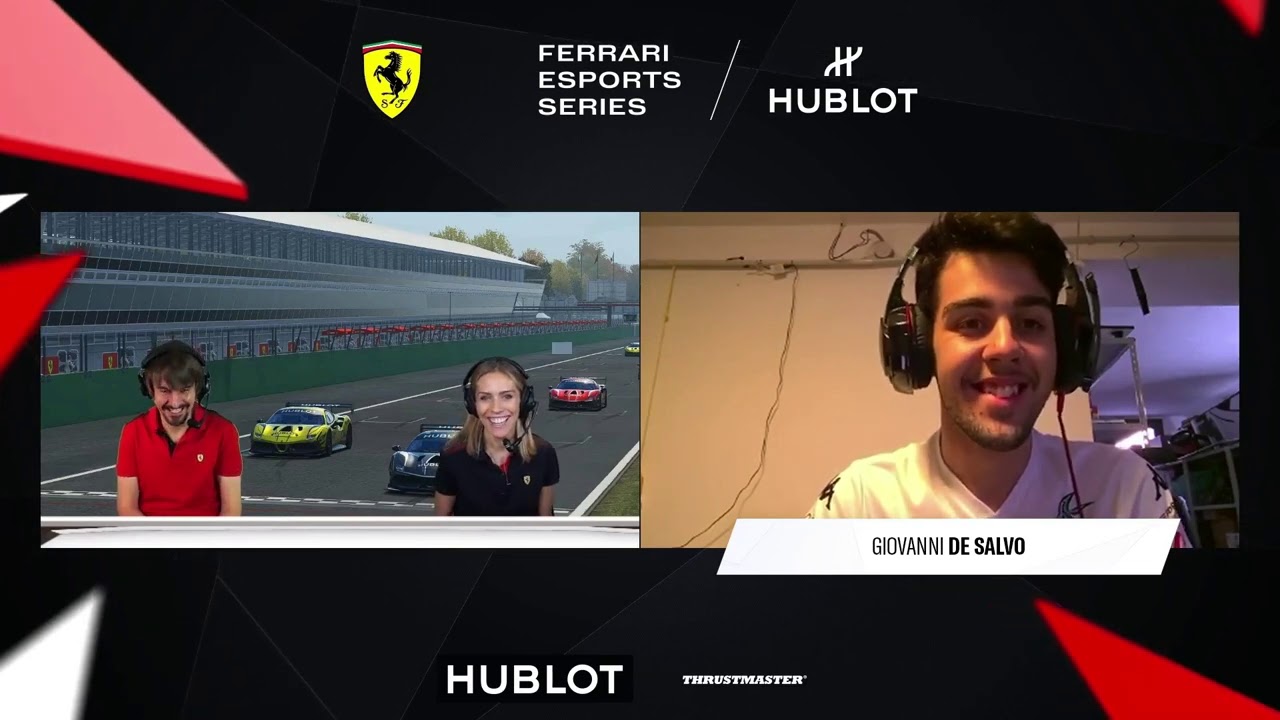 Giovanni De Salvo won the first season of the Ferrari Hublot Esports Series this weekend. The search for the cream of European drivers already had a distinctly Italian flavor before de Salvo took the crown, as Ferrari had worked exclusively with Italian studio, Kunos Simulazioni, to run the series on their acclaimed game, Assetto Corsa.

Twenty-four professional and amateur drivers had qualified for places at this weekend’s Grand Final, which took place on the Mugello, Nordschleife and Monza circuits. The races were virtual, but the emotions were real…

The first heat took place on Mugello.  France’s Arnaud Lacombe had the perfect start and led from the first to the last lap, fending off attacks from his opponents. Things went very differently for the tournament’s other hot favorite, Germany’s Jarno Koch – a collision early in the race meant he struggled to gain ground, finished in ninth place and was disqualified by the jury later.

Nordschleife hosted the second of the weekend’s races. Lacombe started second on the grid, but hit Polish opponent, Kamil Pawlowski, after some misjudged breaking and forfeited the race (and ultimately the championship) due to a 15-second penalty. Giovanni De Salvo took advantage and drove with a cool head to ultimate victory on the German track.

And thus the stage was set for the final showdown on Monza – De Salvo started in pole, a mere 34 hundredth of a second ahead of Lacombe. Koch’s bad weekend continued and he finished in tenth place, with his worst result of the season. The Italian driver capitalized on his advantage from the start, leading throughout and fending off Lacombe’s fierce attacks.

De Salvo becomes the first-ever winner of the Ferrari Hublot Esports Series and could now realize his dream of being selected for the FDA.

The successful Ferrari Hublot Esports Series began in September with over 20,000 sim racers registering for the pre-qualifying races. October’s Qualifying events – from which the 24 Grand Finalists were selected – demonstrated an extremely high level of driving talent. The Grand Final showed that only sim drivers with skills and mental abilities similar to those of pro-racing drivers in the real world could seize the professional FDA place at Maranello.

The Ferrari Hublot Esports Series is here to stay – so for those sim drivers who think they’ve got what it takes – keep following official channels for updates about the tournament in 2021.