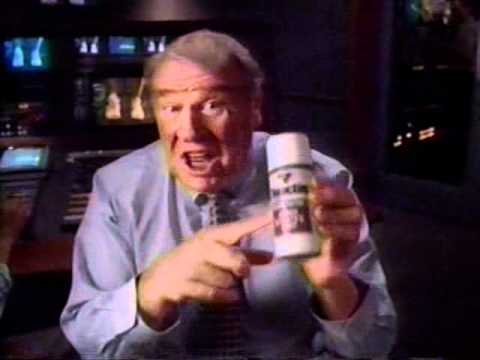 The Los Angeles Rams traded for wide receiver Brandin Cooks and another week of Elite Conference gameplay is in the books. Was that rhyme corny? Or amazing? Sorry. Anyway, there’s just one week left of regular season gameplay for this conference before the MUL playoffs begin on April 21, so we’re really getting down to the wire. Shay “Young Kiv” Kivlen and Michael “Skimbo” Skimbo are leading the pack with six wins apiece, while Michael “Noble Prodigy” Scott and Taylor “Spotmeplzzz” Robertson have just two wins thus far. Here’s a detailed look at what happened during Saturday’s stream.

Spotmeplzz started the game off with a rare Perfect Timing User Pick pick-six on a third-and-10 low pass. Not a bad way to begin.

On the ensuing kickoff, Skimbo received the ball with Legends Elite FS Mel Renfro, and proceeded to juke right, cut to the left, and good night. Skimbo made returning a kickoff for a touchdown look absolutely effortless. Teach us, Skimbo, please.

Spotmeplzzz managed a field goal to go up 10-7, and kicked off again to Skimbo. This time, Madden Blitz Elite WR Tyreek Hill was the returner. It was a short kick fielded at the 25-yard line, and yet again Skimbo made it look all too easy, returning another kick all the way to the end zone. It was literally one cut to the right, one to the left, and he was gone. Come on, Skimbo, we’re begging you here. Show us how; we’re not worthy. There’s a reason this guy has two Madden Championship Series belts. I’m not saying his prowess on special teams is the main reason, the guy is one of the most well-rounded Madden competitors out thet, but it surely does help.

Spotmeplzzz had a last gasp effort to win the game with just 24 seconds to play in regulation. On a fourth-and-goal from the 17-yard line, it was a score or go home scenario. He lined up in a Gun Bunch formation and dropped back with Mariota. He cycled through his reads, but took too much time, and the pocket broke down around him. Skimbo delivered a game-sealing sack, and that was it.

Noble SteveyJ was up 17-7 with 1:14 on the clock, and had the ball on his own one-yard line. Definitely a dangerous spot to be in, with quarterback Snow Beast Elite QB Marcus Mariota in a Gun Bunch set, standing about six yards into the end zone. He heaved a Bullet Pass in the direction of Legends Elite TE Shannon Sharpe, but Young Kiv sniffed it out, and picked off the pass with Legends Elite SS Larry Wilson, returning it about 10 yards for a crucial touchdown and BOOM! He was back within one score

By this point, Young Kiv was winning 21-20. Noble SteveyJ had the ball on the 42-yard line, and called a toss to the right side to Legends Elite HB Herschel Walker. He slipped through a gap on the outside into daylight, taking it all the way to the paint to take a 28-21 lead after a successful two-point conversion.

Now Young Kiv had the ball on the four-yard line on a second-and-goal. He called a pitch to the right to Core Gold HB Jerick McKinnon who got real skinny as he crept through a narrow lane and sailed into the end zone, tieing the game at 27 apiece.

Again, Kiv was in great field position on the 14-yard line with about three minutes to play. He dropped back deep with Football Outsiders Elite QB Carson Wentz in a Gun Bunch formation and slung a Bullet Pass in Tyreek Hill’s direction. Unfortunately for Young Kiv, Noble SteveyJ had three defenders in the area, and with Legends Elite SS Larry Wilson, completed a Perfect Timing User Pick on the three-yard line, squashing Young Kiv’s hopes of taking the lead.

A few plays later, Noble SteveyJ found himself in a third-and-11 situation from his own one-yard line, an eerily similar scenario to his second quarter drive metioned earlier. From a Gun Bunch, he rocketed a Bullet Pass to GOATs Elite WR Jerry Rice right on the boundry, and the legendary wideout hauled it in for a first down, getting him out of a tough spot.

With 33 seconds on the clock, SteveyJ was still driving with the score tied at 28. He called a run to the left on a third-and-four from the 39-yard line, but Young Kiv got great penetration at the line and took Walker down well beind the line of scrimmage. The Noble competitor had no choice but to go for it on fourth down and sent his offense to the line in the ever popular Gun Bunch formation. He dropped back to pass, surveyed his reads, and threw a Bullet Pass to what looked like an open Team of the Year Elite TE Evan Engram. Such was not the case, as Young Kiv again usered onto Legends Elite SS Larry Wilson, who was dropping back in zone coverage. Once Young Kiv had control of Wilson, he sprinted forward to cut the pass off, and nabbed a User Pick that he returned all the way to the one-yard line with just 17 seconds on the clock. On the next play, Young Kiv rushed for a touchdown with GOATs Elite HB Bo Jackson, solidifying a hard-earned win.

Make sure to tune in next week as Elite Conference gameplay continues.