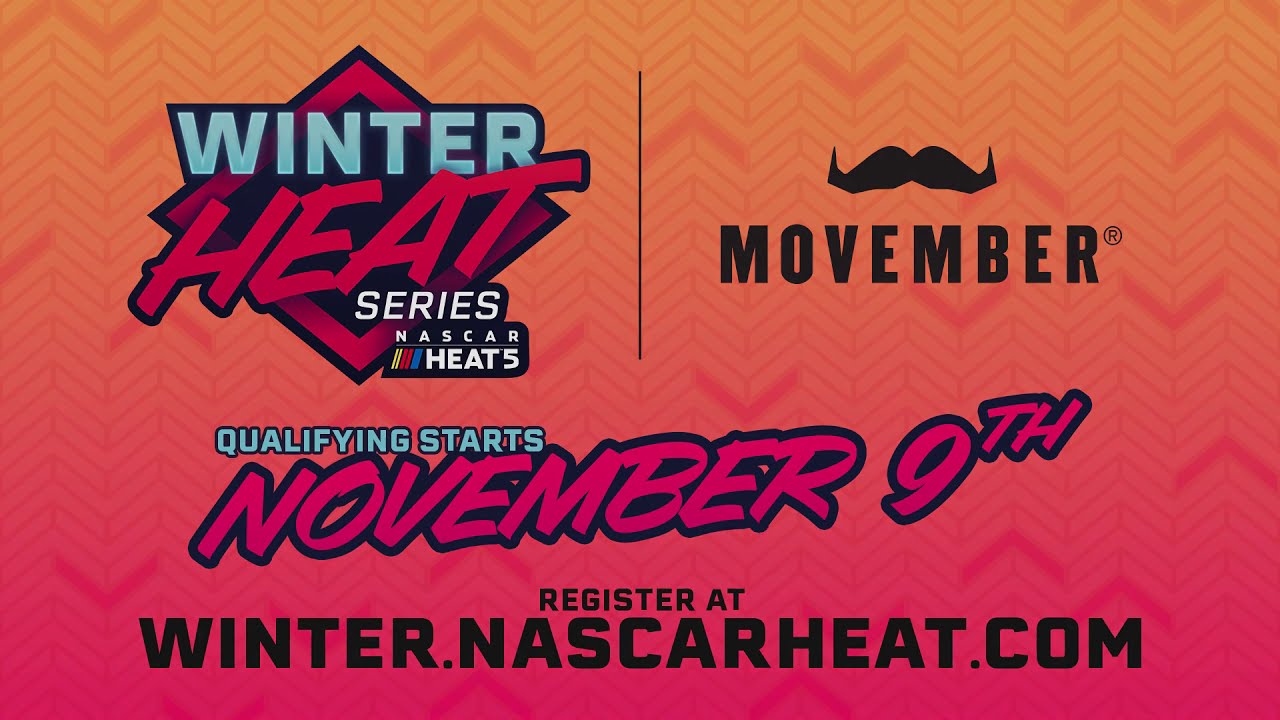 Racing fans will now have additional entertainment during the down season with the announcement of the Winter Heat Series, a brand new, four event esports tournament, which will run from November and finish with a showpiece finale ahead of the DAYTONA 500. The new tournament, open to all NASCAR Heat 5 players, follows the success of the second season of the eNASCAR Heat Pro League, and will offer racers a $47,000 prize pool.

February’s showpiece promises to be a spectacular final with the top three finishers of the November, December, and January events, on each platform, competing for the grand prize.

The Winter Heat Series is open to all NASCAR Heat 5 players on the PlayStation®4 computer entertainment system and the Xbox One family of devices including the Xbox One X. Each of the Heat Winter Series events will carry a different theme to bring an extra dimension to the race.

Additional qualification for the remaining grid spots on the first event, the ‘Movember 50’, will be open in game from Tuesday, November 10th to Thursday, November 12th. The top 24 drivers on each platform will then race it out online on November 22nd around virtual Dover International Speedway.

The Movember 50 is being run in partnership with the Movember Foundation to help raise funds and awareness for men’s health. Competitors will be encouraged to raise money for Movember with their fundraising efforts helping to determine the starting lineup for the race.

“The Winter Heat Series is a fun and unique way for everyday gamers to showcase their skills against eNASCAR Heat Pro League drivers, while also competing for their share of a $47,000 prize pool,” eNHPL General Manager Jay Pennell said. “Each month’s events will showcase a different theme that will allow for competitors to have fun and help fill the void left in the winter months by the NASCAR off-season.”

The full Rules and Regulations for the Winter Heat Series are available on winter.nascarheat.com.

In order to take part in the Winter Heat Series, players will need a copy of NASCAR Heat 5, which is available now on the PlayStation®4 computer entertainment system, the Xbox One family of devices including the Xbox One X and on PC via Steam. The game delivers the ultimate NASCAR video game experience, with 34 authentic tracks across the country in single player, two-player split screen, and online multiplayer for up to 40 racers.