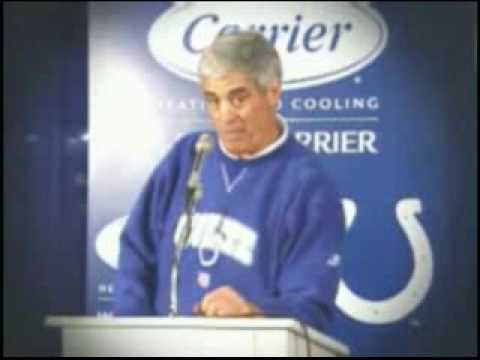 On Saturday, Feb. 10, at Blizzard Arena Los Angeles, the top three teams in the standings will battle it out for $125,000 in prize money—and bragging rights—after the conclusion of that day’s matches.

Stage Finals take the form of a seeded playoff where the second- and third-place teams face each other first, the winner of which will take on the top-seeded team in the title match. All matches will be best-of-five, and the higher seed will be the home team for each match. Per the Overwatch League Official Rules, title match results will not count toward overall season playoff seeding or tiebreaker scenarios.

To find out how likely each team is to compete in the Stage 1 Finals, let’s explore every possible outcome. This can’t be too hard—there are only 24 matches left, so how many potentialities could there be?

It turns out that there are around 16.8 million possible scenarios for how this could play out. For simplicity’s sake, we are not assigning any probability to the outcome of a match, and thus both results are represented equally in our model. Since we don’t have a map score for these games, tiebreakers were handled by awarding fractional points split across all the tied teams.

If there are 16.8 million possible outcomes for Stage 1, in how many do each of the teams make the finals? I’ve ranked the teams in groups from least likely to most likely below, and included their strength of schedule (SoS)—a measure of how difficult their remaining matches are.

OUT OF THE PICTURE

Sorry Shanghai fans, but despite taking a map off Seoul, the Dragons have been mathematically eliminated from contending for the Stage 1 Finals. However, the team has shown promise in recent matches, and the rumor mill is rife with possible roster additions. We won’t talk about playoffs quite yet, but keep an eye on the Dragons in Stage 2 and beyond.

SO YOU’RE SAYING THERE’S A CHANCE?

Dallas and Florida barely avoid joining Shanghai in the ranks of the eliminated, making the Stage 1 Finals in only 201 and 242 of the 16.8 million possible scenarios, respectively. Both teams need to win all four remaining matches on their schedules and then hope for a miracle of favorable tiebreakers. With matches against New York and Philadelphia looming large for both teams, I suspect the odds of either making the play-in game are closer to the odds Mary Swanson quoted to Lloyd Christmas. It’s not all lost for Dallas fans, though, as many have hope that the addition of star DPS player Dylan “aKm” Bignet will help fuel the team’s success in Stage 2.

The Gladiators and the Shock have the most realistic hopes for a Stage 1 Finals appearance out of this group. The Gladiators have a 9% chance to make it if they win the rest of their matches, and are primed to move up the standings, as they have the weakest remaining schedule and won’t play a team with a winning record in their last four matches. The Shock have a 12% chance if they win out, but one thing is for sure: due to their showdown next Wednesday, we won’t be seeing both teams battle it out for the prize.

Boston has a chance to really shake things up, with matches remaining against the three teams directly ahead of them in the standings. Finishing the stage 3-1 may not be enough, as their likelihood of making the playoff rises from 13% to 82% if they can win out. They do have a shot: Jonathan “DreamKazper” Sanchez and company have already taken down London and are one of three teams who don’t face off with an all-Korean roster before the end of the stage.

Now we’re getting to the teams that control their own destiny—a 4-0 performance from any of these teams to finish out their schedule, and they’re into the Stage 1 Finals. Like Boston, Philadelphia is another team that gets to avoid playing an all-Korean roster in their last four matches, while Houston has to play against both Seoul and London. The Outlaws and the Valiant are both at 80% to make the Stage 1 Finals with a 3-1 record, and Philly isn’t far behind at 76%. The good news for these three teams is that London has yet to play against both Seoul and New York, so the three teams at the top of the standings are guaranteed to pick up a couple losses.

The key matchup with implications in this group is today’s first match between Philadelphia and the LA Valiant. The winner of that match will increase their chances of making the finals by a whopping 18%, the largest difference of any of the remaining matches this stage.

The favorites are a lock to finish the stage in the top three places if they can manage three or more wins. If any of these three teams finish the season 2-2, their likelihood of making the Stage 1 Finals would decrease to about 83%. The Spitfire, with their upcoming matchups against Seoul and NYXL, are perhaps most likely to slip. However, if they’re able to take care of business, they would have the best shot at the top seed.

Seoul’s remaining schedule is tied for the most difficult in the league, with matches remaining against London, Houston, and the LA Valiant. Their match against London on Thursday is the second-most influential match left in the stage, and they would be 17% more likely to make the finals if they can win it.

Having already played and beaten Seoul, the NYXL are the most likely team to advance to the Stage 1 Finals. Their schedule has them facing the current bottom-three teams in the league. Take care of those three matches, and New York would only have to worry about their match against London on the final day of Stage 1 for seeding purposes.

Tune in as these Stage 1 Finals scenarios play out over the next two weeks. Catch Philadelphia vs. LA Valiant—the match with potentially enormous playoff implications!—live at 4 p.m. PST on Twitch, MLG.com and the MLG app, OverwatchLeague.com, and the official Overwatch League app.