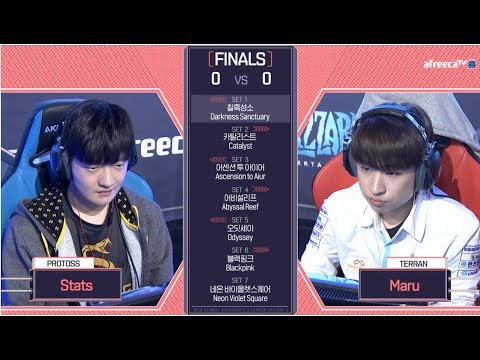 With three seasons a year and the absolute toughest competition setting the stage, the Global StarCraft II League (GSL) consistently compels chatter and speculation about which elite player will make it through to claim the championship. But outside of the three traditional seasons, there are also two Super Tournaments for these competitors. Over the course of three days, these masters of the game will battle through a single-elimination bracket looking for prestige, prize money, and a premier championship title. The first GSL Super Tournament gets going April 5 in Seoul, Korea, and with 7500 WCS points going to the winner, the GSL’s best players should have all the motivation they need.

Maru Goes for a Triple

Cho “Maru” Seong Ju is a man on fire. After a disappointing 2016 and only a slight improvement in 2017, he’s found a new level of skill. Right out of the gate, he made it all the way to the semifinals of Intel Extreme Masters (IEM) Katowice before falling to the 2017 global champion Rogue. He followed up that impressive finish by taking the championship at both the World Electronic Sports Games (WESG) and the first season of GSL. Even though it was his first appearance in the GLS finals, Maru’s dominant play showed how much he belongs on the greatest of stages.

With these two remarkable achievements under his belt, can he keep the momentum going and take the Super Tournament as well? Just how far will his heightened skill take him this year? He’s easily one of the most exciting players to follow right now in the Korean scene, and the upcoming Super Tournament is a great place for him to make a statement for himself in 2018.

Of course no tournament is a sure thing with the 2017 world champion, Lee “Rogue” Byung Ryul, in the mix. Even putting aside his WCS Global Finals win, he’s also the reigning champion of the GSL Super Tournament thanks to his October 2017 victory, and he’s the one who took Maru out of the competition at Katowice on his way to winning the whole event with a dominating 4-0 victory against Kim “Classic” Doh Woo. With the strength Rogue has shown lately, it’s very possible we may see a rematch between him and Maru from their semifinal match at Katowice.

With the Super Tournament fielding the bulk of Korea’s powerhouses, one name stands out in particular. Choi “Trust” Sung Il is a Protoss player who’s been competing since 2013, but he typically finds elimination in the GSL’s Code A stages. With a small taste of Code S back in 2014, he hasn’t had much in the way of limelight as the other competitors he’ll be facing. Is his presence in the first Super Tournament of 2018 a stroke of luck or a hint at a new name to break into the ranks of Korea’s elite? His first game against the ever-popular Bang “TRUE” Tae Soo (who comes into the Super Tournament with a complicated story of his own) will be full of insight into what we can expect from this underdog player.