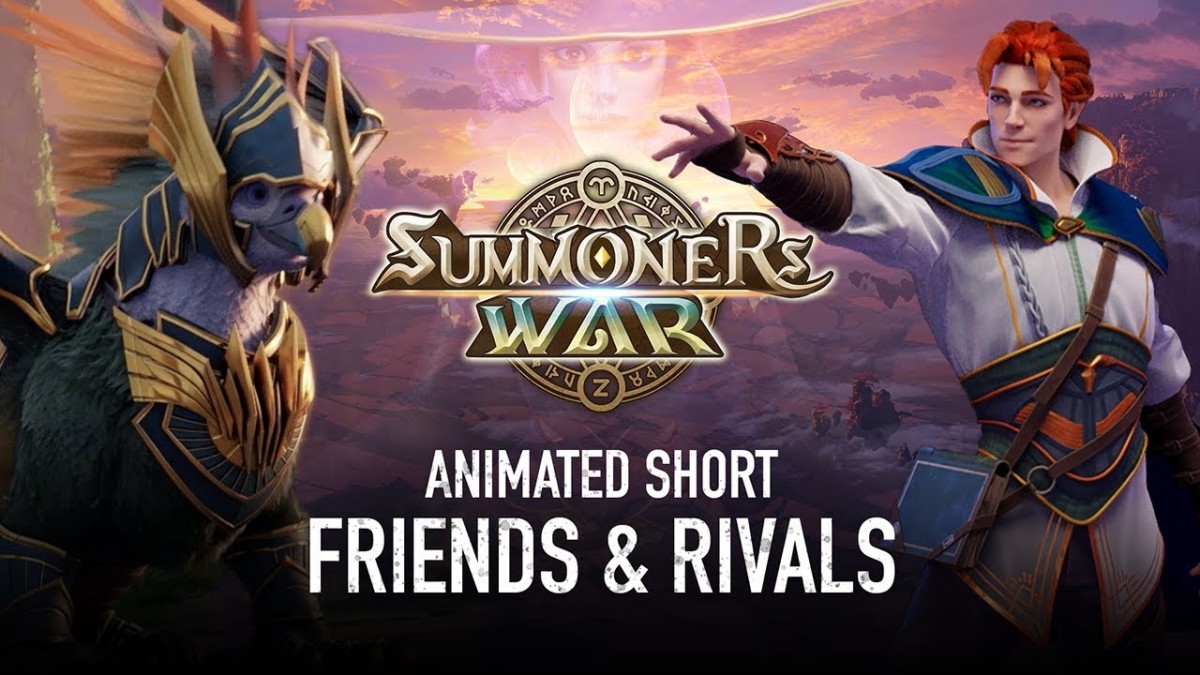 In collaboration with Skybound Entertainment, known for The Long Dark and The Walking Dead TV Series, Com2uS has revealed a 6-minute short animation film ‘Friends & Rivals’.

The film is produced by co-executive producers Catherine Winder, CEO of Skybound North and creator of “Star Wars: The Clone Wars” and “The Angry Birds Movie” and Robert Kirkman, the founder of Skybound and creator of the “Walking Dead” series.

The film features two summoners characters – Durand and Morgana – alongside the Baniyan tribe, which appears in ‘Summoners War MMORPG’ for the first time. It shows the summoners summoning their monsters and fighting in order to reclaim the magical jewel on a Sky Island that’s about to collapse. During an ensuing battle, the summoners build a friendship.

To celebrate this milestone for Summoners War there is an in-game event in which players can earn various rewards by fighting against rivals, Morgana in Arena and use Durand’s representative monster in battles. In addition, an event where users can watch the film will be held for about a month from Feb. 12th. More Information about the event is on the official Summoners War Facebook page and in game.