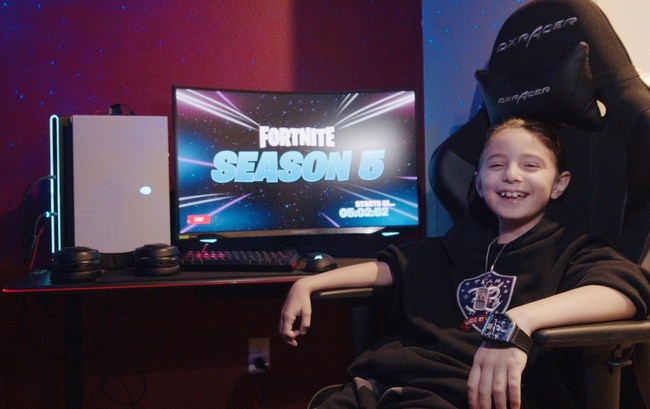 Team 33 announced adding one of the youngest eSports players in the world to their exclusive roster; Joseph Deen is now known in the gaming community as 33 Gosu. As part of the signing, Joseph received a world-class gaming setup worth over $5000 and a $33,000 signing bonus.

“It’s a dream come true!” says Joseph Deen, when asked to comment on his new signing. “While many other teams didn’t take me seriously due to my young age, Team 33 scouted me through Fornite games and let me train and learn with them daily. I couldn’t be happier today to become an official member of the team,” he added.

“We are beyond excited to have Joseph on our exclusive Team 33 roster. We have secretly been scouting talent for our roster and games over the last few years and are proud to officially sign Joseph. We made it a point to train him over the past few years because young gamers are the future, and we want to start training them early. He has shown incredible tenacity and commitment to the team over the last two years and has trained almost daily with our team. It has now finally all paid off and is a momentous day for all of us,” says Tyler Gallagher, CEO of Regal Assets and one of the founders of Team 33.

Team 33 is currently focusing on training its existing roster as well as very selectively scouting for new talent across multiple games as the team is planning to finalize and announce its gaming roster in 2021. The team will be hosting several tournaments in 2021 out of its main facility in the Hollywood Hills. Team 33 is almost done finalizing their gaming roster for Fortnite, CS:GO., Dota 2, League of Legends, Call of Duty, and Valorant. If you feel you have what it takes to be on Team 33, applications are being very selectively reviewed and you can apply at www.Team33.gg. Do you think you have what it takes to be on Team 33? Apply to find out.