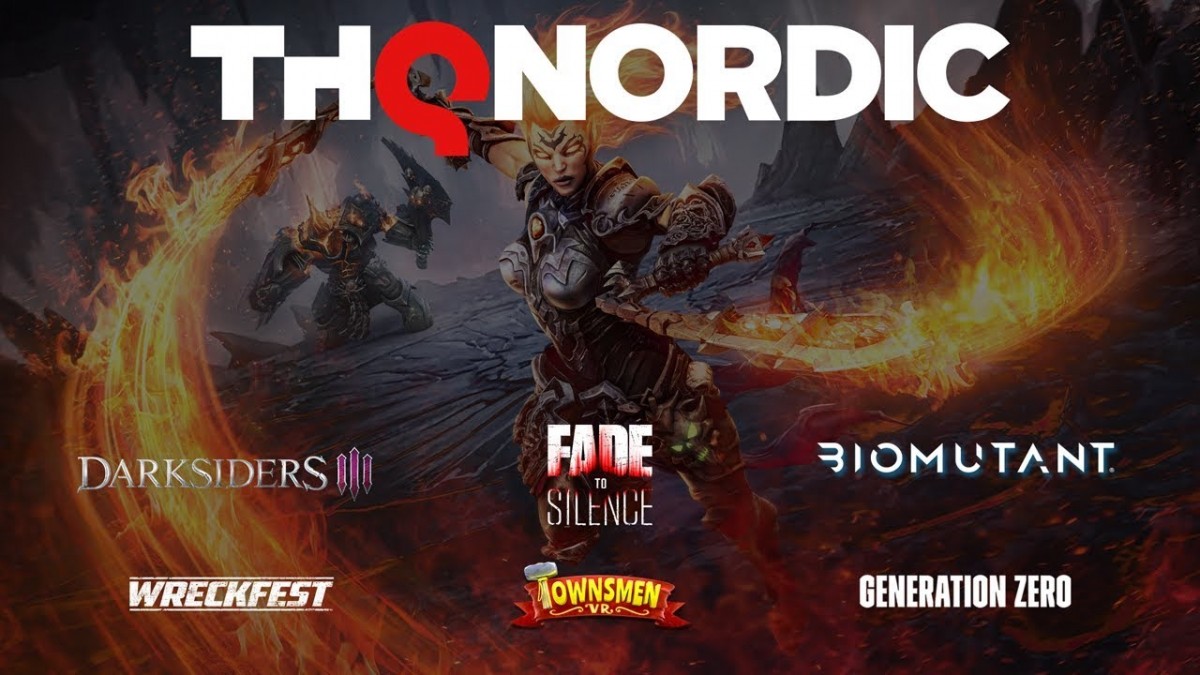 The world’s biggest gaming convention is almost here! gamescom 2018 will open its doors on August 21st in Cologne, Germany and today, THQ Nordic is happy to announce its line-up of games. For the first time ever, the public can get their hands on Darksiders III. THQ Nordic will host four games in the entertainment area, all of which will be playable.

Four more games will be shown behind closed doors, and one of them is a world exclusive announcement which will break cover during the official gamescom opening ceremony. Keep your eyes on http://www.gamescom.global on Tuesday, 21st of August 11:00 AM CEST.

Players can visit our booth in Hall 8, A011. Be amongst the first in the world to play Darksiders III. Meet our Cosplayer, Legion and learn all the latest news about the game during our daily stage show.

Also for the first time, visitors at gamescom can experience the new 4 player co-op game Generation Zero, an explosive game of cat and mouse set in a vast open world in a reimagining of 1980’s Sweden.

Biomutant, called one of the biggest surprises of last year’s gamescom, is back with an incredible new demo full of Kung-Fu, action, weapons, creatures and craziness.

Fade to Silence sends the player in to a world of unrelenting winter, fighting not only hunger and monsters, but also nature itself. Get your hands on this survival game with moral choices, base building and permadeath!