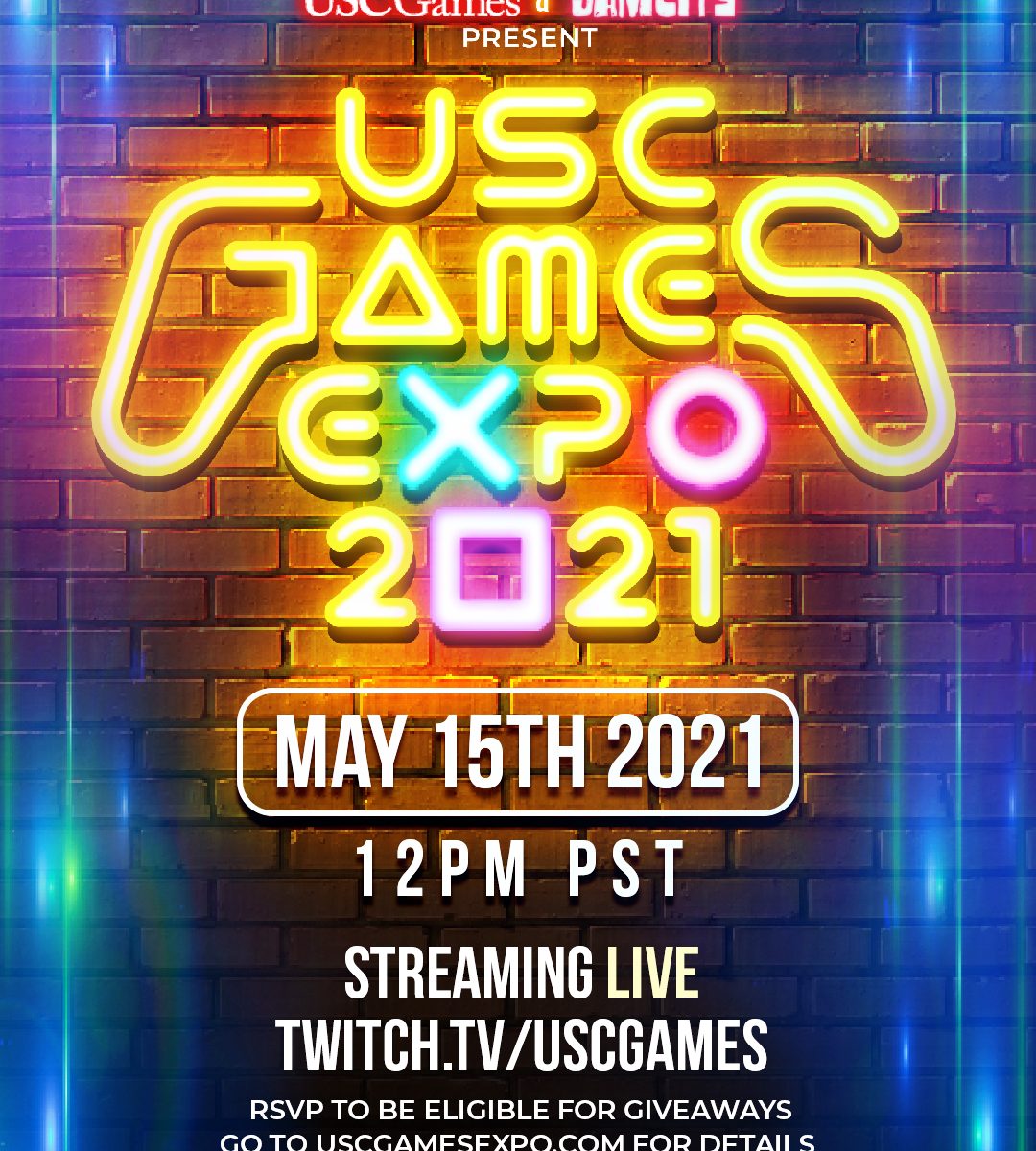 USC Games, North America’s No. 1 game design program, collaborating with long-term partner, Jam City—will feature the game designers and developers of tomorrow at their annual USC Games Expo, the largest school-hosted gaming event in the world. Building on last year’s highly successfully livestreamed event, returning host Geoff Keighley, will launch the multi-hour event that will premiere on May 15th, 2021 at 12PM PST on twitch.tv/USCGames. The show will feature over 70 games made entirely via distributed development by students and teams spread across the globe. 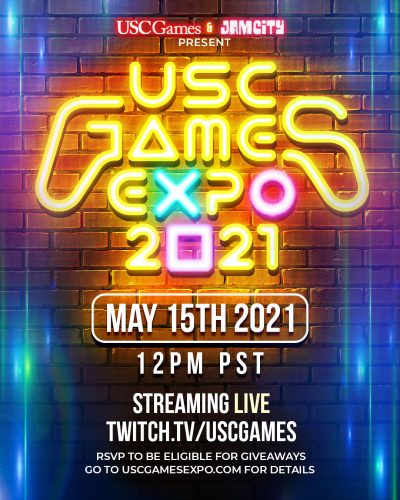 “While remote instruction during the pandemic has created challenges, our students adapted and gained needed experience in decentralized production,” said Director of USC Games and Chair of the USC School of Cinematic Arts’ (SCA) Interactive Media & Games Division (IMGD), Danny Bilson. “We’re ecstatic that the inimitable Geoff Keighley and long-term partner Jam City are back on board as we showcase our students’ outstanding work, made under extraordinary circumstances, to industry, family and the Trojan community.”

Continuing the “global” theme, an additional live encore of the Expo will stream that evening PST to coincide with daytime in Asia. All interested attendees can register on uscgamesexpo.com for event updates, with North America attendees who RSVP eligible to win prizes, including game codes, during the stream itself.

“The USC Games Program is undoubtedly one of the most innovative, respected, and successful in the country, teaching both creative and technical skills that are paramount to creating successful games and thriving in a gaming workplace. We’re thrilled to see the digital event retain all of the magic, and excited to experience the incredible games that will be presented. It’s been Jam City’s honor to support this program every year and help foster top gaming talent in Los Angeles and across the country,” said Chris Dewolfe, Co-Founder and CEO of Jam City.

This is the fifth year USC Games has held an Expo, which covers the video game development programs offered by USC’s Viterbi School of Engineering and the USC School of Cinematic Arts. The program has been ranked No. 1 in North America for Game Design for eleven years by the Princeton Review. The Expo will also feature the first hands-on for the 10 projects being developed in its capstone course, the Advanced Games Program (AGP).

Those AGP titles are:

Beat the Beat Up is a VR action/rhythm game where you fight to the beat as the star of your very own Bollywood blockbuster! The neighborhood Don has sent out his goons to terrorize the locals, and just like any good desi hero, you are the only one that can stop them. Prove that you’ve got what it takes to impress the critics, including one voiced by Bollywood star Abhay Deol (Zindagi Na Milegi Dobara, Dev.D, Happy Bhag Jayegi). Rack up your score, clear the streets and save the village as you Beat the Beat Up!

Become the Richest CEO of 2250! Corporate Clash is a casual mobile strategy game where players are the CEO of a futuristic company that makes widgets for robot consumers. Deal with the twists and turns thrown at you by your factory, employees, investors and other demanding groups. Pollute to cut costs but irk environmentalists, or raise prices and upset your customers? Whatever you do, don’t get fired…but don’t worry, just like real life, as a CEO you’ll always fail upwards and continue navigating the life of one of the high-powered trillionaire executives of the future!

Crescendo is a 2D combat action game, where you conduct a musical world through your actions. Travel through an eerie fairy tale setting teeming with music and battle the monstrous personifications of an orchestra. Grab your baton and prepare for a fantastical symphonic adventure!

Detour Bus is a VR construction-comedy game where players build winding highways around themselves to take the Flowers family on a psychedelic road trip across post-infrastructure America. Snap together random road pieces to traverse groovy landscapes, avoid hazardous obstacles, and prevent corrupt Senator Joseph McCarthief from turning all freeways into pay-to-drive tunnels!

Traverse shadows by manipulating light in the 2.5D puzzle platform game, Larger Than Light. Escape a haunted school as the sibling duo: Skia the shadow, who can move across other shadows on the wall, and Lux the lightbulb, who can manipulate the size and placement of shadows for his younger sister to platform across. A single player will control both characters, getting them to work together to break away from the otherworldly force trapping them in their school while overcoming their bitter sibling rivalry.

Leechbug is a Real-Time Strategy Combat game where players take on the role of the Leechbug, a robotic symbiotic parasite who exists in an alien seascape. Your home is under threat from a polluting force that’s also sapping the will of your fellow undersea denizens.  Use your powers of possession to free your friends, control their unique abilities synergistically to engage in combat, and reach the surface of the ocean to rescue your underwater world!

Pelota is an action-packed online 2-/4-player sports game that brings an ancient sport into the interactive medium. Players will be immersed in a vibrant mesoamerican setting as they master the game’s novel physics-based mechanics to get the game ball through a vertical hoop, using everything they have—except their hands–in order to win the favor of the gods.

Explore the snowy Sierra Nevada mountains in The Trials of Snowshoe Thompson, a skiing expedition game set in the 19th century about an immigrant traversing the elements and laying the groundwork for what would become the US Postal Service. During 1856, Snowshoe Thompson sets out to aid his new community as a mailman cross-country skiing across the Sierra Nevada mountain range, connecting the wild west with the wider world.

Sweeping the Ruins is a two-player co-op strategy and combat game that let’s players engage in asymmetrical combat with an overpowered behemoth inside a dark and deep dungeon. Armed with no weaponry, two players will rely on their wits and use environmental traps to work in tandem to take down the beast.  Players will need strategic coordination, situational awareness and teamwork to defeat the massive enemy and prevent the destruction of their nearby homeland.

Wheelin’ and Mealin’ is a two-player co-op driving and cooking game that combines the best of both worlds to create a unique blend of interplay between tooling around a bright, colorful cityscape and cooking fantastical dishes. Players can maneuver a souped-up race car and immerse themselves around a fantastical city to create crazy dishes that satisfy their customers in order to rise to the top of the restaurant world!