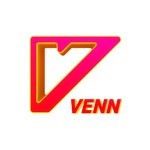 VENN (www.venn.tv), the live 24/7 streaming network for gaming and entertainment, announced a new syndication deal for its content through Microsoft’s MSN platform. Under the non-exclusive  partnership, clips from VENN’s various series, including Locked In, The Download and Guest Ho use, will be shared under MSN eSports, a new part of Microsoft’s global content ecosystem which reaches over 500M people every month in over 180 countries. The network becomes one of the first content partners for this new initiative.

“We set out to create the ultimate home for gaming and esports related content, so it’s very exciting for Microsoft to team with us to utilize our content for their expansion into this exploding space,” said Ben Kusin, VENN’s co-founder and co-CEO.  “We are looking forward to helping create exposure and visibility for the exciting new MSN eSports hub, while at the same time continuing our goal of expanding VENN’s footprint through top tier syndication and distribution partners.”

“Esports is one of the fastest growing content verticals worldwide, and our partnership with Venn will help establish the new Esports Hub as the premier destination for Esports news, results, and live content,” said Marcelo de Barros, General Manager of Microsoft Sports & Esports.” “Hundreds of millions of people rely on Microsoft News every month for trusted news, important information and interesting content, and we’re excited to share Venn’s exciting Esports content with them.”

The deal comes following the close of VENN’s $26 million Series A round, which was co-led by Seed round investor BITKRAFT and new partner Nexstar Media Group, Inc. It also comes on the heels of the addition of VENN’s largest US distributor to date, The Roku Channel, as well as the expansion of distribution channels  to Plex’s 15 million users and LG’s 45 million households (powered by Xumo), and smart TVs including Samsung TV Plus and VIZIO. The Microsoft partnership further cements the reach of the network’s content across various top level platforms.

Co-CEO and Co-Founder Ariel Horn added, “VENN has significantly grown in just a matter of months, and that’s largely a testament to the wonderful premium content our talented team produces every week. Having partners like MSN on board to amplify our series and talent will only continue to help the network reach new heights.”

More programming, content and distribution deals will be unveiled over the coming months. For additional information, check out www.venn.tv.