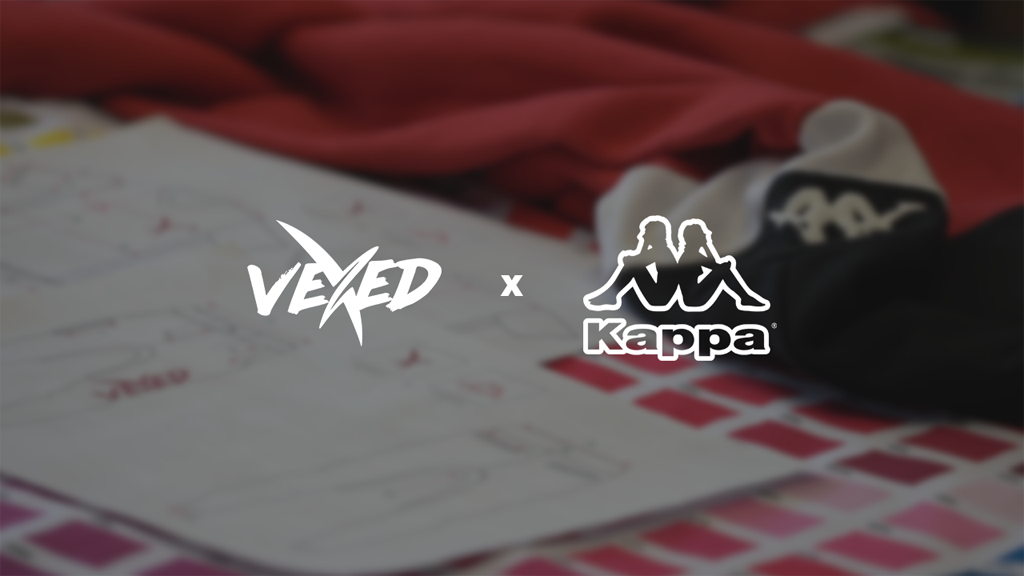 Vexed Gaming has announced a strategic partnership with Kappa Sportswear to provide tournament and casual wear to one of the UK’s leading Esports organizations.

The term ‘kappa’ may be known in the gaming world as a slang term to define a sarcastic statement, but Kappa is one of the most recognized clothing brands in the world. “The Esports and gaming community is full of passionate individuals who strive for personal excellence – something we at Kappa embrace in all we do,” said Joe Pilato, Sports Marketing Executive at Kappa UK. “These attributes are inherent to Vexed Gaming and we are delighted the make our official entry into Esports by supporting the aspirations and motivations of such a dynamic, motivated and talented organisation.”

Vexed Gaming, established in 2015, is one of the UK’s leading Esports organizations, fielding teams in CSGO, Fortnite, Hearthstone and Apex Legends. Along with a range of awards and domestic and international tournament victories, the organization set up the UK’s first dedicated team training facility; established the UK’s first Varsity program, helping bridge the gap between traditional education and Esports; and has undertaken the UK’s only collaboration with a professional football team, Leeds United.

“Kappa’s entry into the Esports arena is a marked step for the community and the industry,” said Mark Weller, Chief Gaming Officer at Vexed Gaming. “Kappa’s iconic brand and individual styling is ideally pitched for gamers worldwide. We are thrilled that, of all the teams in the world, Kappa has selected Vexed Gaming to show their support of Esports teams and engage with the wider gaming community.”

The new range of Kappa/Vexed team wear and branded leisure wear will be unveiled and available for purchase in September.