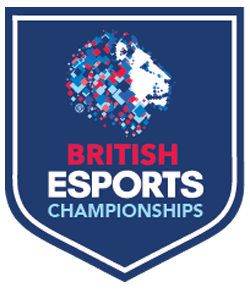 The British Esports Association, the not-for-profit organization set up to promote and support grassroots esports, has revealed its plans for the coming years.

British Esports was established in March 2016, after founder Chester King received authority from The Rt Hon Sajid Javid MP in January 2016 to create a national body for esports in the UK. Its website first launched in December 2016.

Now the Association has reflected on its first three years in operation and is looking ahead to the next three years.

British Esports has published its Vision 2022 booklet outlining these plans, which is available in downloadable form here and a limited number of physical copies, which are being sent out to friends and partners of the Association.

Some of the Association’s main developments so far include the British Esports Championships for school and college students to participate in, a website full of careers advice and information and hosting pilot events such as its after-school esports club for children at Maida Vale Library and its esports/physical sports crossover activity week with West Ham United Foundation, London Sport, Archery GB and GAME.

The Association has also worked with media, government and more to help educate and demonstrate the positives of esports. It has grown to include nine members of staff, an advisory board of more than 10 esports experts, with some more to be announced soon, over 20 game advisers and a pool of 200+ volunteers.

In terms of the outlook for the future, British Esports plans on introducing a membership offering, merchandise, community tournaments, as well as potential education courses, esports academies and a conference for schools and colleges. The Vision 2022 booklet goes into further detail on each of these areas.

Andy Payne OBE, British Esports Association chair, commented: “Since we were set up in early 2016, we have seen esports in the UK take great strides. We have worked on a number of our own initiatives to support competitive gaming at the grassroots level, from introducing the British Esports Championships into schools and colleges, to launching a website packed full of advice for parents, teachers and more.

“This document aims to outline the next three years of British Esports, up to the end of 2022. What will we be doing, what have we learnt so far and how can we work better? What will success look like and how do we measure that? These are the questions we’ll aim to answer in this report.

“I hope it leaves you encouraged and inspired and we can’t wait to see esports develop further in the UK going forwards.”