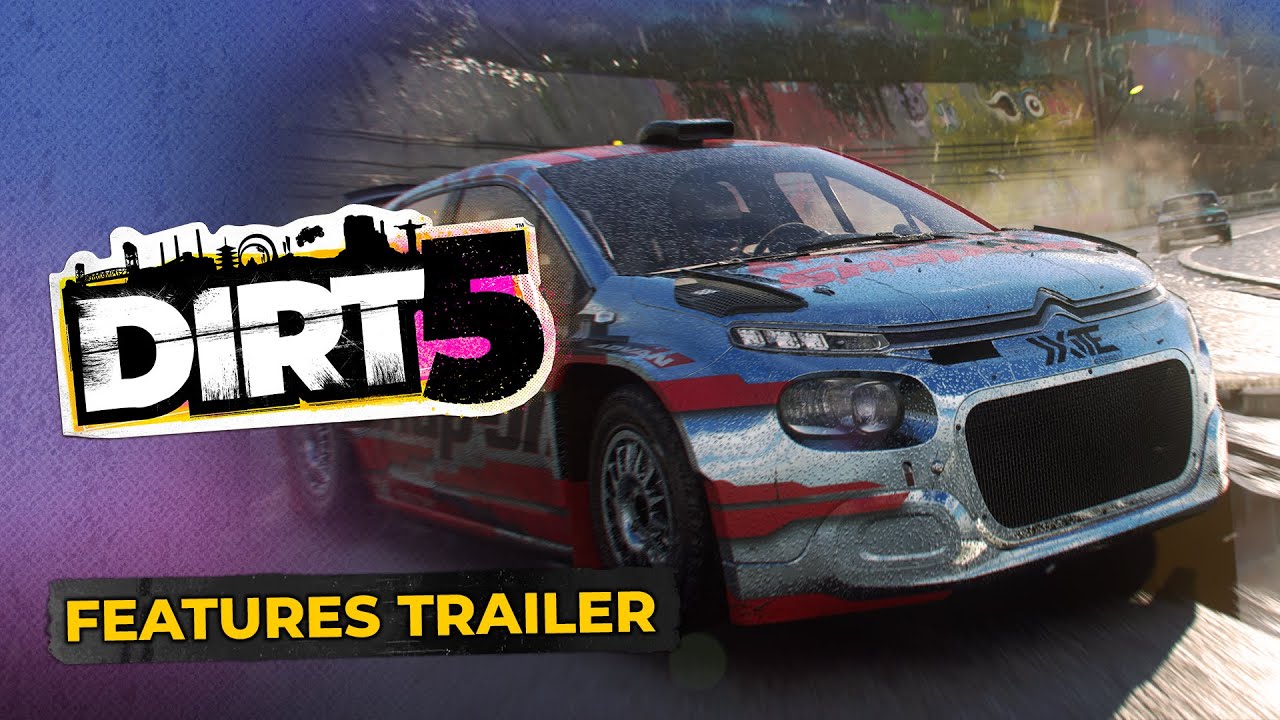 Codemasters® gets under the hood of DIRT 5™, with the lowdown on features that await players when it releases beginning 9 October for Xbox One, PlayStation 4 and PC, followed by Xbox Series X and PlayStation 5. A Google Stadia version will release in early 2021. Having wowed racing fans when announced in May, DIRT 5 unleashes more amplified action in the new features trailer.

Showcasing the variety of global settings, the racing starts in Brazil under the gaze of Christ the Redeemer. The cars hurtle across mud and lush vegetation before a transition to the scorching Arizona desert. Deep in the heart of the canyon, an oval sand track perfect for some heart-pounding sprint car racing. The action then heads to a series of rugged wadi gorges in Morocco, with a rock bouncer taking on a mountainous landscape in a challenging Path Finder event.

DIRT 5 offers the most diverse vehicles of any DIRT game; from the outrageous 900bhp sprint cars, to rock bouncers, pre runners all the way through to traditional and modern rally vehicles. There are 13 classes in total, so players will always find something to suit their driving style. Mastering front, rear and 4WD cars will prove invaluable, whether tackling Career mode or jumping into a split-screen race with friends.

DIRT 5 features more game modes than any previous iteration, with unique challenges at every turn:

Stampede – Hard, unforgiving natural landscape, built for rough-and-ready machines. The layout is unmarked with major undulations over mud and sand.

Sprint – Amplified racing at its craziest. 900bhp, enormous wings and four different sized wheels. Left turns only on oval and circular tracks. One for the drifters.

The crazy world of Gymkhana makes its welcome return for the first time since DiRT Showdown. Players jump, drift and donut around purpose-built stunt arenas marked out with barrels, tires, and cones. String together tricks to trigger multipliers to hit a target score within the time limit. Gymkhana is as much about style, as it is about substance.

Codemasters is pleased to confirm that DIRT 5 will allow players who purchase the PlayStation 4 version to automatically upgrade free of charge when they switch to the PlayStation 5. It. As previously announced, DIRT 5 also supports Xbox Smart Delivery which offers the same free upgrade when Xbox One owners change to the Xbox Series X.

“The trailer gives players an insight into the world of DIRT 5 and the breadth of content and features that await them,” said Robert Karp, DIRT 5 Development Director at Codemasters. “But we still have a few things under wraps including a feature never seen before in the DIRT series. If racing fans want some of the roughest terrain, extreme weather and thrills at every corner, then DIRT 5 delivers all of this and more.”