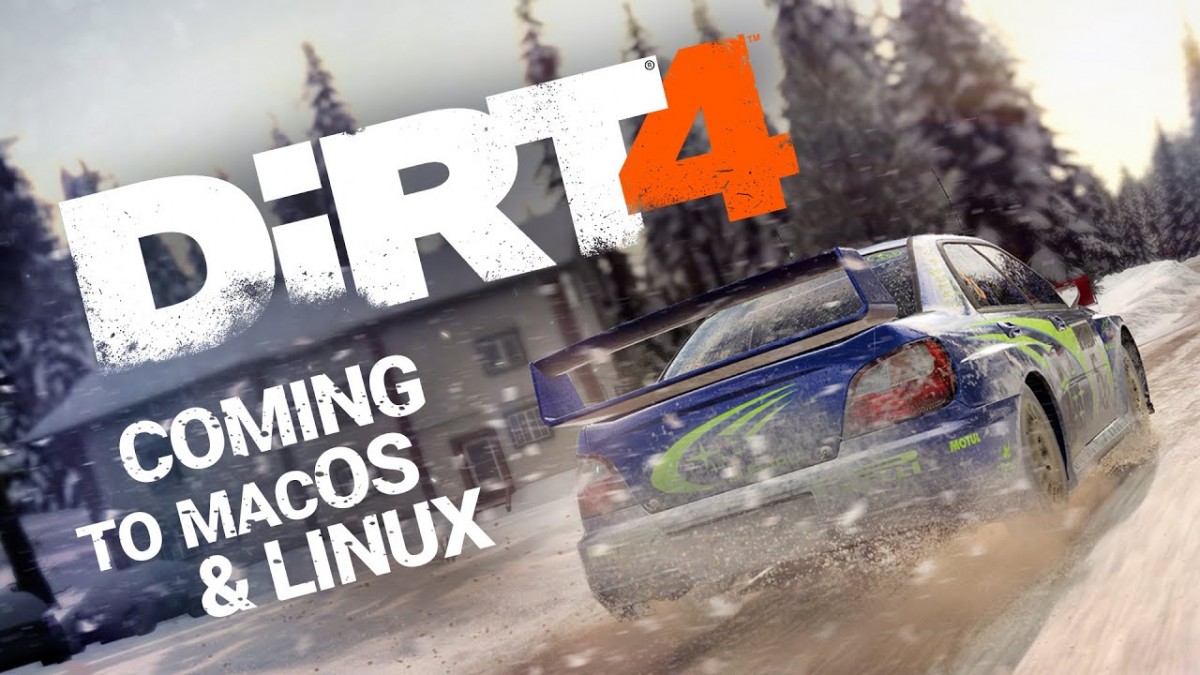 Feral Interactive announced that DiRT® 4™, the acclaimed off-road and rally racing game, will be released on macOS and Linux in 2019. Originally developed and published by Codemasters for PC and consoles, DiRT 4 is the latest of the studio’s world-renowned racing games to be brought to macOS and Linux by Feral, following the success of DiRT Rally®, GRID Autosport™, and F1™ 2017.

DiRT 4 delivers the intense thrill of all-terrain motorsport in an electrifying mix of disciplines. Players will hurtle through point-to-point Rally races, compete in events from the official FIA World Rallycross Championship, push trucks and buggies to the limit in exhilarating Landrush battles, and put their precision steering skills to the test in Joyride challenges.

DiRT 4‘s fleet of over 50 rally cars, buggies, trucks and crosskarts includes the Ford Fiesta R5, Mitsubishi Lancer Evolution VI, Subaru WRX STI NR4 and Audi Sport quattro S1 E2. Players will put these incredible machines through their paces on the world’s most demanding rally routes, from the dirt roads of Australia to the hazardous snowdrifts of Sweden and on to the open gravel tracks of Michigan USA.

For the first time in the franchise history, DiRT 4 gives players the opportunity to create their own rally routes with Your Stage, a powerful tool that generates unique stages based on players’ choice of location and route parameters.