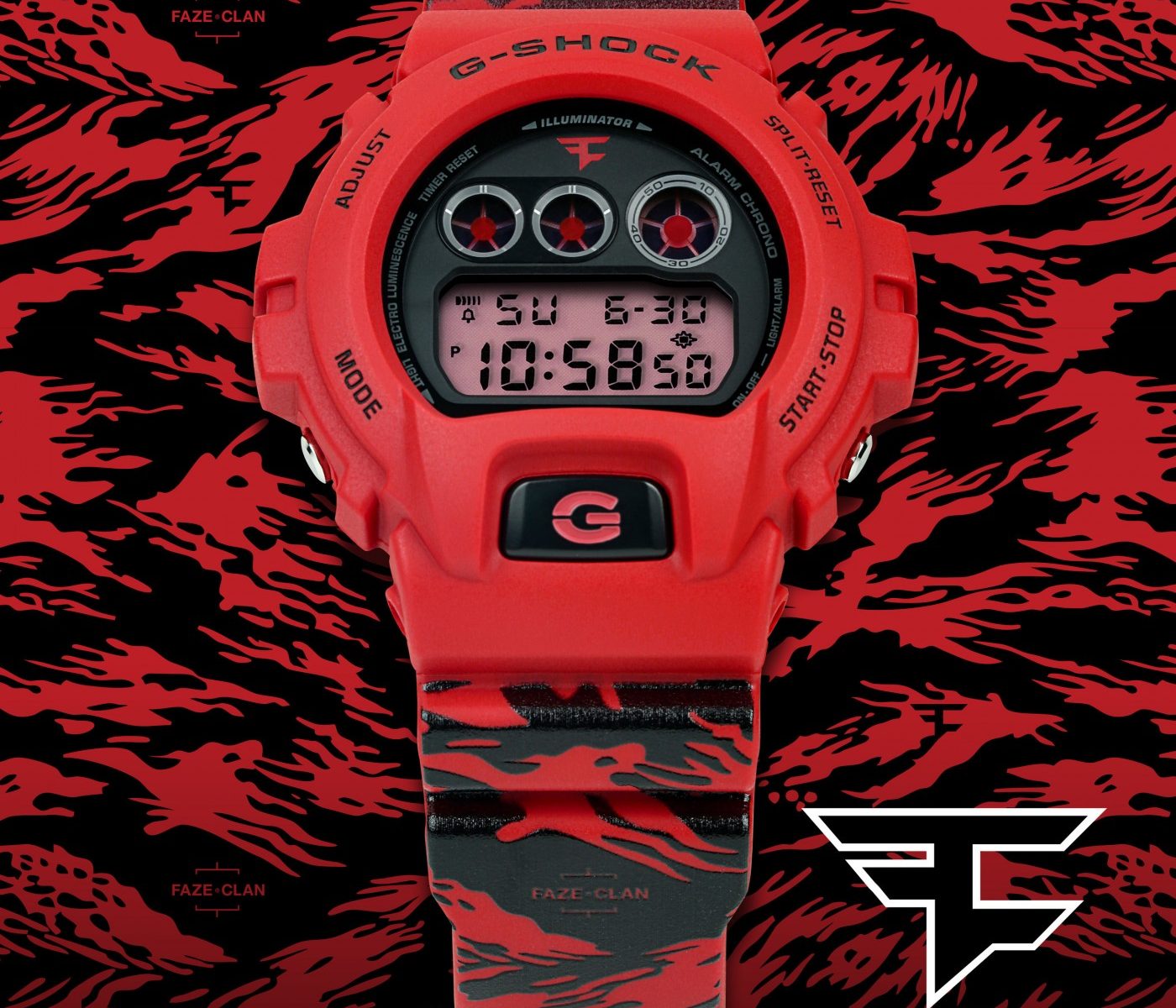 Casio G-SHOCK pays homage to one of the world’s most prominent and influential gaming organizations, FaZe Clan, with a custom DW6900 timepiece. The limited-edition collaborative timepiece is cloaked in FaZe Clan’s signature red tiger camo print paying homage to the early days of FaZe Clan when members would have red tiger camo skins on their in-game sniper rifles. The case back features an engraving commemorating FaZe Clan’s 10-year anniversary this year. 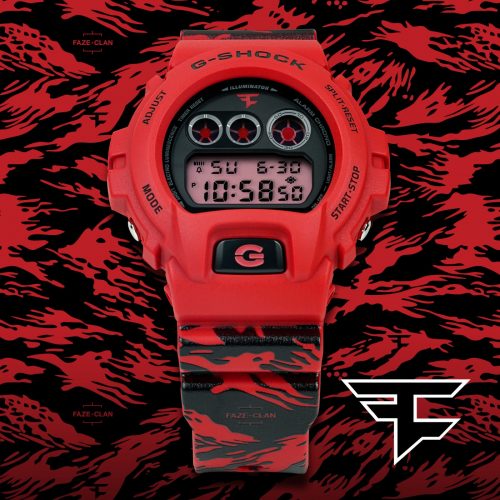 “G-SHOCK is a brand that all of us grew up on,” says FaZe Clan’s VP of Marketing Taav Cooperman. “We loved the idea of bringing it into our world and creating something tangible with this special collaboration, giving some of our gaming culture to the iconic brand we love so much.”

This collaboration comes on the heels of several successful partnerships that FaZe Clan has teamed up on in the past year, working with brands like Anti Social Social Club, The National Football League and Beats by Dre.

The limited-edition DW6900 timepiece boasts the brand’s iconic triple-graph face design and staple functions such as a Flash Alert and one-of-a-kind EL backlight that displays “FAZE UP” within the digital display when lit.

The DW6900FAZE20-4CR also comes equipped with G-SHOCK technology including: