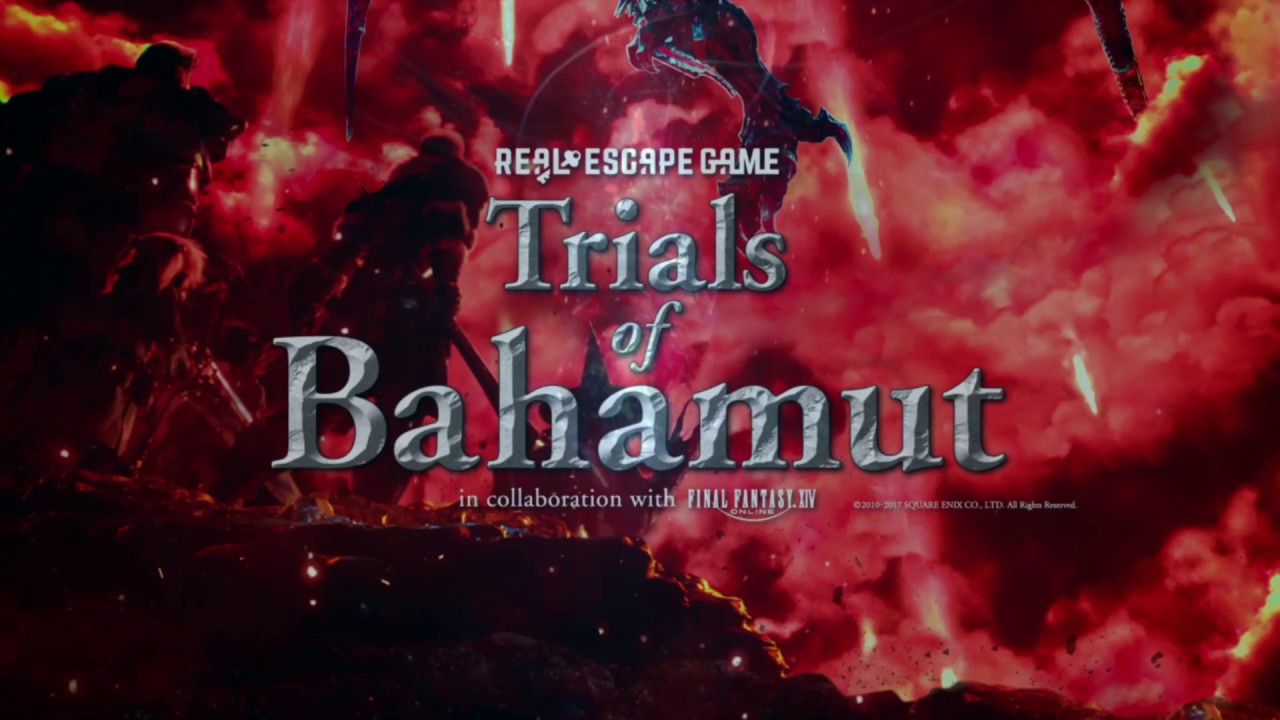 FINAL FANTASY® XIV players can test their wits this summer at the “Trials of Bahamut” Real Escape Game, an immersive entertainment experience complete with the breathtaking cinematics synonymous with the franchise. The trials will kick off in Los Angeles on June 16 to coincide with the start of FINAL FANTASY XIV: Stormblood™ Early Access, with the trial also coming to select locations in the United States throughout the summer.

SQUARE ENIX® and SCRAP Entertainment have worked together to bring this live-action experience to FINAL FANTASY XIV fans—participants become Warriors of Light and form parties of six, working together to solve puzzles and save the day before Bahamut awakens and wreaks havoc in the following cities:

As the primal dragon Bahamut once brought the realm of Eorzea™ to the brink of destruction, the Warriors of Light held off its onslaught to save the world from despair. Five years later, the dragon has been secretly revived deep within a subterranean ruin – giving adventurers only 60 minutes to save Eorzea from the chaos before it begins. The trials will allow teams of six to explore a large area while decoding puzzles, proceeding through the dungeon and unlocking the full story.

Tickets are now available for purchase through the official Trials of Bahamut website here: http://sqex.to/JPu