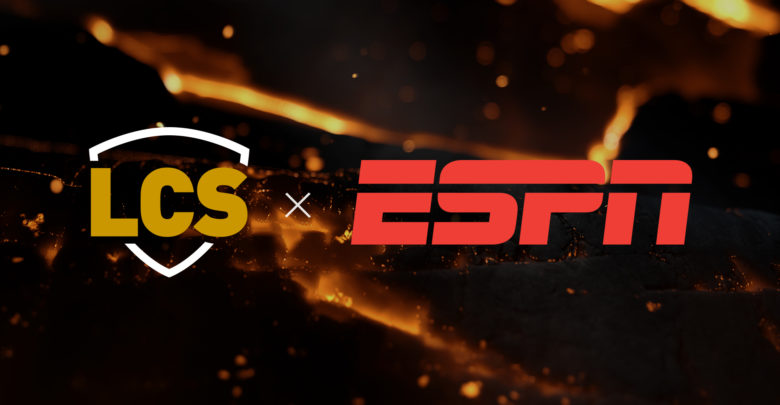 ESPN and Riot Games announced an agreement for ESPN to be the official U.S. linear and authenticated streaming platform for the 2020 League of Legends Championship Series (LCS) Spring Split Playoffs. Matches will air live on ESPN2 or the ESPN app, with all matches available on demand in the ESPN app immediately following competition. The first match will be 100 Thieves vs. TSM on Wednesday, April 8 at 4 p.m. EST on the ESPN App and ESPN.com. “We’re excited to work with Riot Games to create innovative content opportunities around this amazing franchise system,” said John Lasker, vice president of digital programming at ESPN. “Showcasing one of the most popular esports in the world with the LCS’ Spring Split playoffs allows ESPN to serve new audiences.”

“Now more than ever, coming together to watch and enjoy elite competitive gaming has the power to unite us as a community”, said Chris Greeley, LCS Commissioner, Riot Games. “We’re thrilled to bring the very best of the LCS to new audiences and existing fans through this partnership and look forward to some high-skill games on the Rift as we crown a new Spring champion.”

The LCS Spring Split playoffs represent the most competitive moment of the year so far, kicking off on April 3 and 4 with the top six teams after a hotly fought first half of the season. The playoffs comprise of three rounds and culminate in a grand final on April 19 where a new champion will be crowned and go on to represent North America at the 2020 Mid-Season Invitational in July against teams from around the world. Their success will also be memorialized with a championship banner in the LCS Studios.