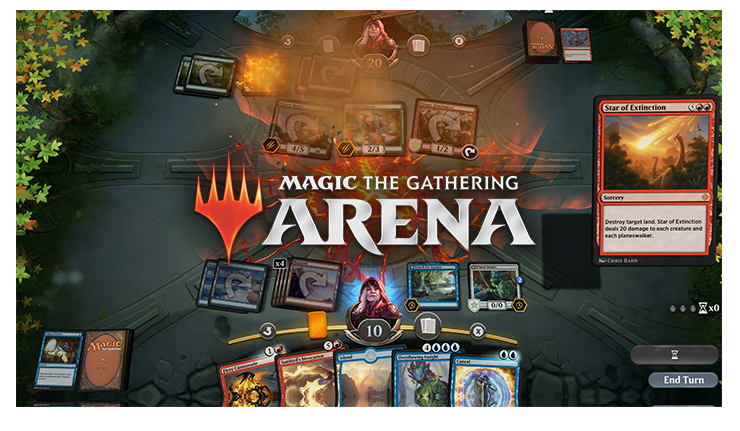 Last night German player Lino Burgold was proven one of the best Magic the Gathering: Arena competitors in the world as he defeated seven other elite players in the international Final of Red Bull Untapped at the Red Bull Gaming Sphere in London. Red Bull Untapped is a brand new $200k Magic: The Gathering tournament from Red Bull and Wizards of the Coast. On August 4 eight of the world’s best players who made it through online and offline qualifiers across Europe went head to head in the single elimination event, which featured seven best-of-three matches. Lino emerged victorious in the final against Thomas Holzinger, earning $60k and a place in the biggest event in competitive Magic: The Gathering, Mythic Championship VI in Richmond USA in November 2019 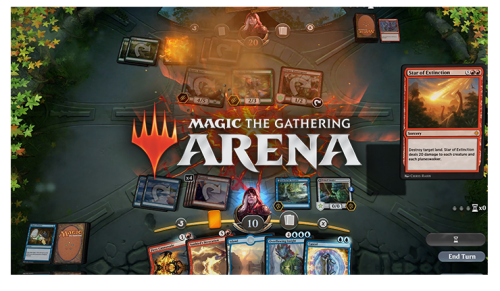 .
Lino Burgold blazed through the upper bracket of Red Bull Untapped to claim victory, dispatching the current Magic the Gathering World Champion Javier “Thalai’ Dominguez in a closely fought semi-final that saw Lino claim a 2-1 victory, before besting Austrian Thomas Holzinger in the final with a smooth 2-0 finish. Red Bull Untapped was filmed live in front of fans at the Red Bull Gaming Sphere in London on twitch.tv/redbull. The broadcast featured expert analysis and commentary Magic: The Gathering legends, including Raphael Levy who started his career in 1997 and  ‘the gentleman of the Magic world’ Reid Duke who started playing Magic aged 5 in 1995. Lino Burgold has secured a spot in Mythic Championship VI in Richmond USA in November 2019 and a shot at the biggest prize pool in Magic: The Gathering, $500k.

“Winning Red Bull Untapped feels pretty great! Definitely the biggest win in my career so far, and to be honest I haven’t won that much in the past few (well, not-so-few!) years, so it’s great to have a big finish like this again,” said Lino Burgold. “The whole event was just a great…well, experience, rather than just a tournament! I think it’s awesome that Red Bull have done an event like this, and it really shows the potential of what you can do in [Magic the Gathering] Arena. Fast-paced, no shuffling…I might even enjoy it more than playing cards…but it’s a very different experience!”