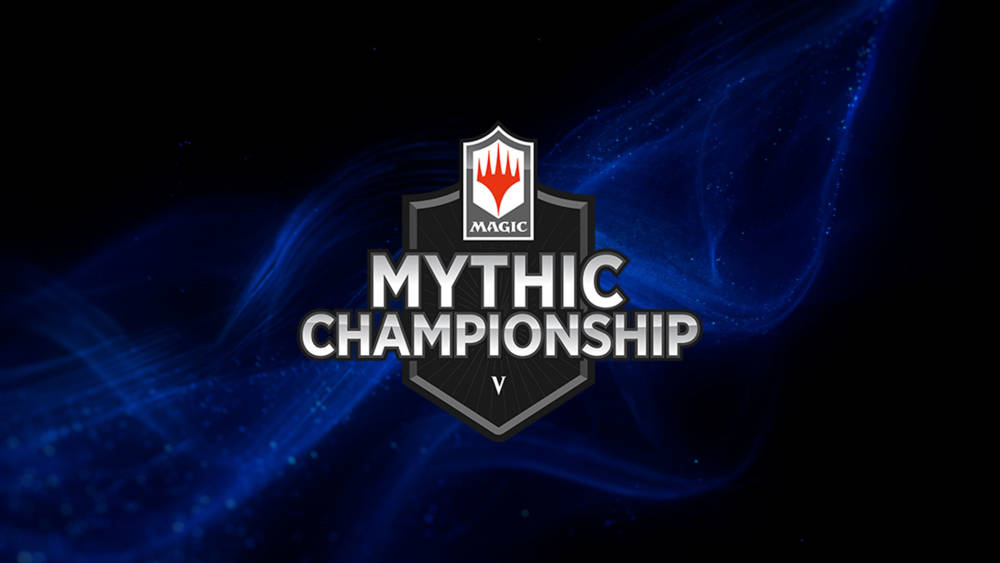 The rising Challengers and outstanding Magic community members attending are ready to take home a share of the $750,000 prize pool at the Mythic Championship V. Here’s who to watch for, and how they’re going to take on the competition in Long Beach. 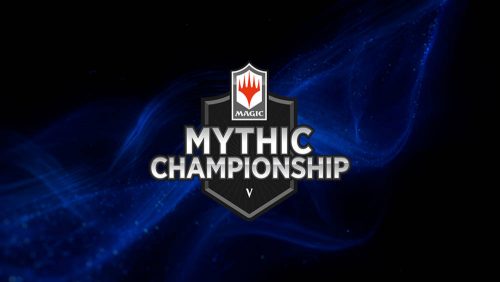 MTGIncomitatus (Ole Andvik, @MtgIncomitatus) loves three things: His wife, his three children, and counterspells. Hailing from Norway and qualifying for Mythic Championship V through the MCQW, Andvik looks to follow in big footsteps as a fan of Magic Hall of Fame elect and MPL player Reid Duke by turning winning in digital Magic into greater success.

RuneclawBarich (Aaron Barich, @Runeclaw_Barich) is a mainstay of the SCG Tour as a points leader and renown as a Modern format specialist. It’s clear from seeing both Magic Online and MTG Arena as the features of her Twitch streams that digital Magic success is ahead in her career as well, making Mythic Championship V the ideal moment to break through another level of competitive Magic.

InqulsltoR (Jeremy Bowers) is a college student in United States who claimed his Mythic Championship V slot through the MCQW. After learning and sharing Magic with school friends, he’s ready to take his love of powerful combo decks to the bright lights in Long Beach.

Kai (Kai Budde, @kaibudde) is a juggernaut of Magic. Both earning the title of “German Juggernaut” in his dominating tabletop career on his way to the Magic Hall of Fame as well as securing a Top 4 finish at Mythic Championship III, Budde is an opponent putting over 20 years of experience to work and can never be underestimated.

Jbudde (Jan-Philipp Budde, @jpbudde) may share a last name and country with the famous player Kai Budde, but Jan-Philipp Budde is a competitor in his own right. Taking his MTG Arena Mythic rank through to a successful MCQW, Budde is ready to prove there’s more than one Budde that can be at the top of the game.

LuCaparroz (João Lucas Caparroz, @lucaparroz_) is a lawyer turned full-time streamer with Ligamagic Bolts that could become an athlete a second time over, previously being invited to a professional soccer team. Defeating MPL players at Mythic Championship V is where he plans to leave his mark en route to winning his share of $750,000.

Coraiola (Gustavo Coraiola, @Gcoraiola1) qualified for Mythic Championship V through the MCQW, turning the corner on his competitive Magic career that started back during Theros. Leaving his law office in Brazil for a weekend in Long Beach, Coraiola hopes to face MPL player Luis Salvatto: Coraiola has played Salvatto twice in other Magic events and has yet to lose against the MPL member and Player of the Year.

John1111 (Jacob Crook, @Gcoraiola1) picked up Magic this past April, and turned his passion for practice for FNM into the skills to qualify through the MCQW. Now the University of Warwick graduate can put what he was inspired to build by Reid Duke to work against the Hall of Fame elect on Magic‘s biggest stage.

kbzx (Mikel Díez, @kbzxxx) is a MTG Arena player from Spain who learned to play Magic with friends when Fourth Edition was the newest release. He qualified to compete in Mythic Championship V through the MCQW.

MythicMikaela (Mikaela Downs, @MythicMikaela) is a consistent Mythic ranked MTG Arena competitor with a long history of competitive play. From qualifying for Pro Tour Return to Ravnica to looking to even the FNM win count from high school against MPL player John Rolf, Downs is coming down to Long Beach for one reason: To win games of Magic.

Marbleskull (Caleb Durward, @CalebDMTG) is one of MTG Arena‘s top streamers as part of Tempo Storm, famous for a long history of playing offbeat but powerful Magic decks. With three Grand Prix Top 8s over the past decade of play, Mythic Championship V is Durward’s chance to add another exciting finish to his long career.

Numotthenummy (Kenji Egashira, @NumotTheNummy) put himself onto the map completing a 365 day streaming challenge, and did it rocking Magic Online. With near misses at multiple Grand Prix events and hours upon hours more of Magic streaming since then, Egashira joined Team SoloMid and made it all the way to the finals of the 2018 Magic Online Championship Series this year while remaining a dominant Magic streamer. He’s overdue for a breakthrough, and Mythic Championship V is just the place to do it.

Bestmarmotte (Bertrand Fagnoni, @Bestmarmotte) is a full-time streamer in France that’s been right at home sharing MTG Arena. With several previous qualifications to Pro Tours, and an excellent finish in the first MCQW, the best way to up the excitement of his Twitch community would be playing back the clip where he wins the Mythic Championship V.

One (Yuuki Ichikawa, @serra2020) isn’t just one of Magic‘s most popular streamers in Japan. His four Grand Prix trophies and back-to-back Top Finishes in 2014 set Ichikawa as a formidable competitor, eager to add a third to his résumé.

BLT (Breanna Lee Tan, @BreannaLeeTan) is a Magic streamer from Wisconsin ready to put her Mythic ranking on MTG Arena to the test against the greatest players in the world. An aggressive player at heart, she looks to come out of the gates swinging and rack up early wins in Long Beach.

Hahamoud (Raphaël Lévy, @raphlevymtg) has competitive history reaching back over 20 years. With three Top Finishes, twenty-three at Grands Prix, and Hall of Fame induction underscore Lévy’s love of Magic. The Brazilian jiu-jitsu brown belt, #MTGDad, and Magic streamer claimed one of the best finishes as a Challenger at Mythic Championship III, earning the right to battle again at Mythic Championship V.

Swifth (Théo Moutier, @moutier_theo) notched his entry to Mythic Championship V through the MCQW. Winning it all won’t guarantee the recent engineering graduate a chance to fulfil his dream of meeting Taylor Swift, the source of his MTG Arena handle, it certainly wouldn’t hurt.

SylvanHunter (Grace Naces, @coLSylvanHunter) streams for Complexity Gaming, sharing a wide range of games with the world. Standing in the Top 100 in Mythic ranking on MTG Arena when it was rolled out, she keeps earning her Mythic ranking each season and is ready to take it even higher at Mythic Championship V.

Yellowhat (Gabriel Nassif, @gabnassif) is a legendary Magic player, racking up an impressive nine Top Finishes and Hall of Fame membership over the past 20 years. The full-time streamer is one of the game’s all-time greatest players, ready to demonstrate it yet again at Mythic Championship V.

enoo (Ethan Neubert) picked up Magic during Onslaught, and has his eyes on taking down Kai Budde. While he enjoys biking and travel, his success on MTG Arena led him to take his Mythic ranking to the MCQW and qualification for Mythic Championship V.

Citr (Greg Orange, @orange_greg) already has one Top Finish from Pro Tour 25th Anniversary, with several close calls at others other the years. While he celebrated his biggest victories alongside friends, competitors better know him as “The Citrus Assassin” and his fantastic finish at Mythic Championship III puts him on the radar to repeat at Mythic Championship V.

PDG (Dzianis Parkhats) claimed his place at Mythic Championship V through the MCQW, and is ready to make his first trip from Belarus to the United States for the tournament. An avid collector of Christmas decorations from everywhere he visits, his plan is to pack something commemorative from Long Beach next to the trophy awarded on Sunday.

sebastianpozzo (Sebastian Pozzo, @sebastianpozzo) is one of the many talented competitors hailing from Argentina. With over a decade of competitive Magic under his belt, one of his several Grand Prix Top 8 appearances came alongside teammates and MPL players Luid Salvatto and Lucas Esper Berthoud. After qualifying through the MCQW he appears with them again, this time as an opponent, at Mythic Championship V.

Vearato (Stephan Schwarz, @Stephan_S21) earned his footing at Mythic Championship V through the MQCW, and knows exactly who he wants to defeat: Christian Hauck. While the MPL player and Schwarz go back to team Grand Prix success in 2014, Hauck has mentored Schwarz for longer. Defeating his mentor en route to being a master is a story Schwarz is ready to tell.

大福ほっぺ (daihukuhoppe) (Takeshi Senoo, @daihukuhoppe) is a resident of Osaka, Japan who qualified for Mythic Championship V through a MCQW. From his start during Khans of Tarkir and entering Modern with Green-White Hatebears, he’s now ready to take on Yuuki Ichikawa—one of his home country’s best—and earn the trophy in Long Beach.

edmvyrus (Miguel da Cruz Simões), from Portgual, qualified for Mythic Championship V through earning a great finish in the MCQW.

GabySpartz (Gaby Spartz, @GabySpartz) has been a caster, player, and Magic streamer for years. As “top snek” in her “Viper Brood” it isn’t uncommon seeing Spartz streaming her battles and success in MTG Arena play like The ELEAGUE Showdown. Now she’s ready to strike at one of MTG Arena‘s biggest events.

EasyMac (Oliver Tiu, @TheTiuTangClan) is studying economics and history at Boston College, but brings years of competitive experience as former Rookie of the Year with a Top Finish at the 2016 World Championship. Breaking through with Mythic ranking in MTG Arena, Tiu claimed his place at Mythic Championship V through the MCQW, setting the stage for another potential Top Finish.

Dr.Carpet (David Williams, @dwpoker) is familiar to seeing MTG Arena on the biggest stage: The Mythic Invitational caster has returned to his competitive Magic roots to battle for part of $750,000 in prizes. A fearsome team Grand Prix competitor with a Top Finish at Pro Tour Tokyo all the way back in 2001, anyone unprepared to face the former Master Chef finalist will get cooked.

These competitors will be battling for the trophy—and their share of $750,000 in prizes—beginning October 18 in Long Beach, California. Be sure to watch the action unfold on twitch.tv/magic all weekend long!