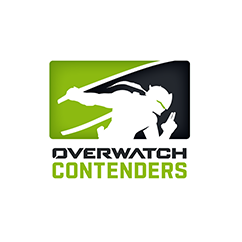 Details about several international live events planned for Overwatch Contenders in 2019. Hold onto your seats—there are three brand-new live Contenders events on the horizon.

From May 24–26, 2019, top teams from Australia, China, Korea, and the Pacific will face off in an intense double-elimination bracket.

Top teams from Europe, North America, and South America will meet in a double-elimination showdown between May 31–June 2.

The pinnacle of the season will be the Gauntlet, which will be held from October 10–13 in a location to be announced soon. All top-performing regions will send their teams from Season 2 to the Gauntlet. Performance in the Pacific and Atlantic Showdowns will determine specific invites.

The Gauntlet’s tournament format will emphasize interregional competition for maximum excitement. We’ve scheduled it after the conclusion of the 2019 Overwatch League season, when teams will once again prepare to sign players for the following season.

Keep your eyes peeled for more information coming very soon. In the meantime, follow Overwatch Contenders on Twitch and Twitter!