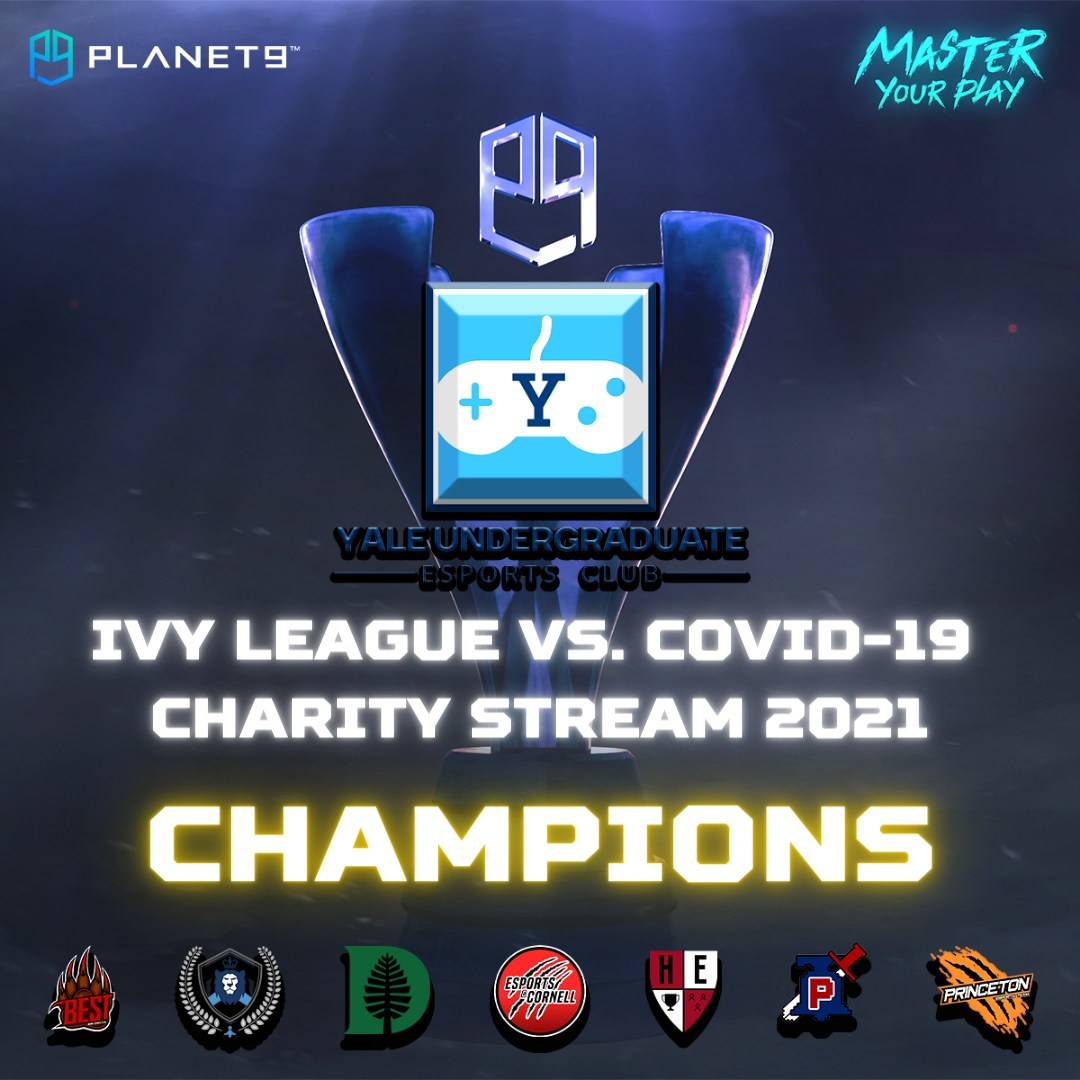 The annual Ivy League COVID-19 Charity Stream, a student-run esports tournament powered by PLANET9 serving to raise awareness and funds for the fight against COVID-19, concluded its second edition on April 24th with participation from esports clubs of all eight Ivy League universities. The best-of-1 double-elimination tournament ended with a best-of-3 grand finals, which saw Yale Undergraduate Esports Club defeating Cornell Esports in a clean 2-0 fashion. Yale asserted dominance throughout the whole tournament by going undefeated with a 5-0 overall record, granting them the champion title with no surprise.

Popular League of Legends streamer and former pro Nemesis, in addition to other amazing Gen.G content creators, also appeared on stream interacting with viewers and analyzing their submitted highlight clips to enrich the content.

Eventually, the stream concluded with the raffle for donors sponsored by PLANET9, which included a Predator Triton 500 gaming notebook, Predator XB1 gaming monitor, and many more eye-catching prizes up for grabs.

With the Olympic Virtual Series as an example, the popularity and importance of esports is rising higher than ever. Following the success of the event, PLANET9 continues to actively look for more opportunities to engage with university students around the United States, and plans to host another League of Legends tournament similar to the PLANET9 University Invitational carried out last year in the United Kingdom.

PLANET9 is an all-in-one esports platform that helps gamers of all types find teams and tournaments to join, provides opportunities to practice and improve, and makes it easy to connect with like-minded players and coaches. For those who prefer watching, it’s also a great place to follow teams and keep up with the esports scene.  Those who want to join PLANET9 and explore more possibilities inside the gaming realm can click here to register.