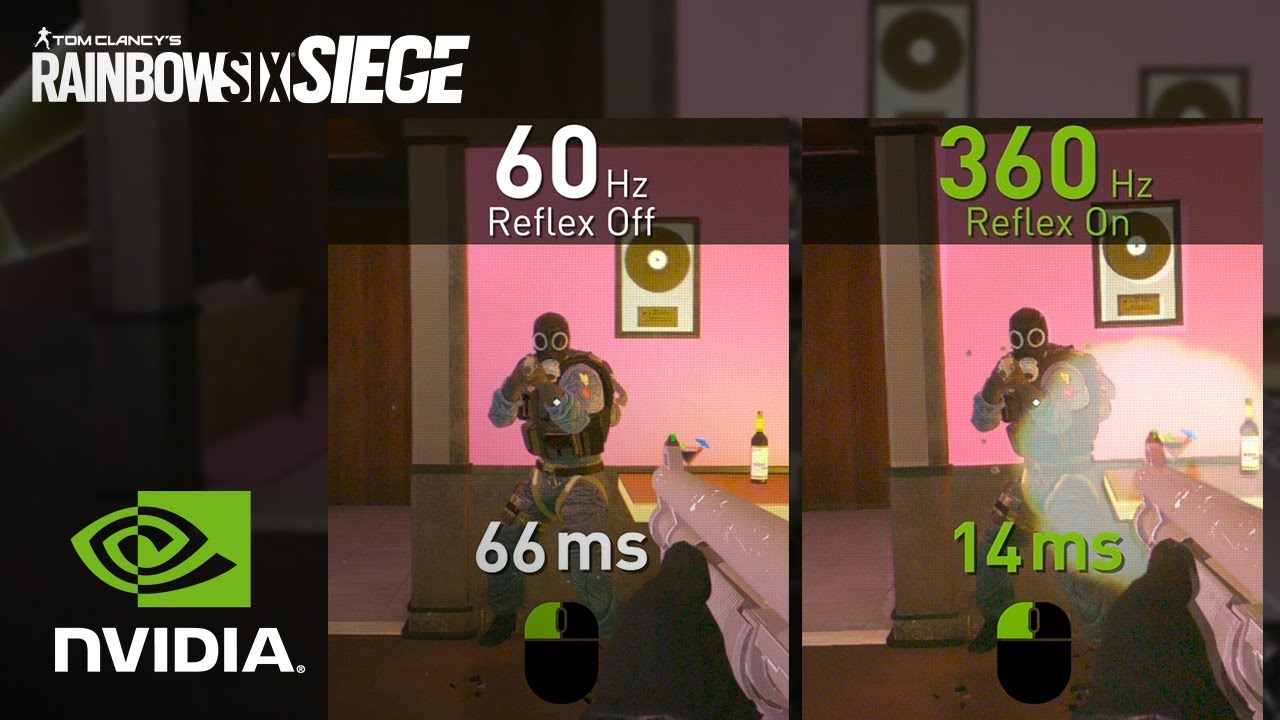 NVIDIA continues to deliver meaningful upgrades for owners of GeForce GPUs, this week they come via a new NVIDIA Game Ready Driver, and the benefactors are players of the upcoming Square Enix title Outriders and Tom Clancy’s Rainbow Six: Siege.

om Clancy’s Rainbow Six Siege, the super-popular tactical shooter, got a patch that adds support for NVIDIA Reflex, a technology that reduces system latency for millions of GeForce gamers. By simply downloading and installing the new driver and the patch, GeForce gamers playing Tom Clancy’s Rainbow Six: Siege can enable NVIDIA Reflex to enjoy up to 30% lower system latency, making shots fire faster, making it easier to target enemies, and in general improving their overall competitiveness. 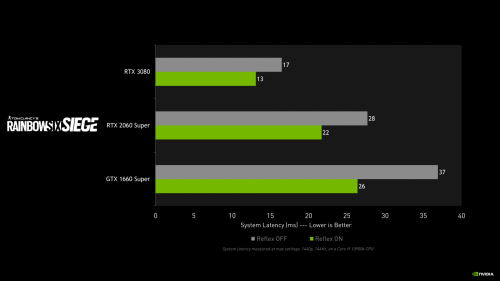 The driver will also have GeForce Gamers ready for NVIDIA DLSS in Outriders when that game launches on April 1, giving them the performance headroom to maximize image quality settings.

If Your Rainbow Six: Siege Squad is Playing on GeForce RTX GPUs, They Just Got Better!

The addition of Reflex is essentially a free upgrade to a huge number of GeForce gamers. System latency (often referred to as “input lag”), is one of the key factors affecting the responsiveness of any kind of gameplay. And when playing esports, low system latency can increase competitiveness.

Being a fraction of a second late on the trigger is the difference between winning or losing the engagement, so reducing system latency can be a huge boon for Rainbow Six Siege players. With NVIDIA Reflex, system latency is significantly reduced, by as much as 30% in the Vulkan version of the game.

With the addition of Tom Clancy’s Rainbow Six Siege, 7 out of the 10 most popular shooters are now shipping with NVIDIA Reflex support.

In nearly all sports — golf, racing, football, etc — the right gear can help competitors achieve their full potential.  The same is true for esports — better GPUs, displays, and peripherals can help you respond more quickly and precisely to opponents.

Kick up Your Graphics Settings in Outriders, Thanks to NVIDIA DLSS!

Outriders is a single-player and co-op action role-playing game that launches April 1st, but GeForce Gamers are Game Ready today.  By installing our new Game Ready Driver Outriders performance will be optimized, and the driver also supports NVIDIA DLSS in the game, which boosts performance significantly.

That is just the tip of the ‘upgrade’ iceberg.  The latest NVIDIA Game Ready Driver also includes: