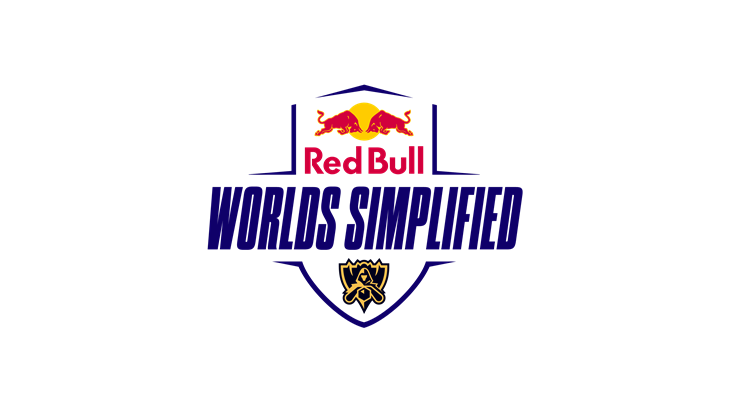 Red Bull Worlds Simplified is a League of Legends World Championship stream for newcomers, celebrating the world’s most prestigious esports event with some of the biggest stars in gaming, and demystifying the landmark esport for new viewers. The event takes place on Saturday October 31st. Red Bull Worlds Simplified will feature the likes of League of Legends star player from Excel Esports, Marc “Caedrel” Lamont, Ciernan “Excoundrel” Lowe, Joseph “Munchables” Fenny, Luciana “AngelArcher” Nadrag, and many more. The stream, broadcast from Gfinity Arena in London, will be led by expert hosts Frankie Ward and Tom Deacon, who invite new viewers to experience esports at its most electrifying for the very first time. League of Legends is the most popular esport in the world, with millions of diehard fans around the globe, and Worlds is the crown jewel in the esports circuit. The event began in September, and millions of viewers tuned in to the thrilling matches. Red Bull Worlds Simplified is the alternative finals stream for newcomers to League of Legends, offering in-depth casting breaking down every play and what’s at stake, as well as insightful pre- and post-match coverage that anyone can understand.

With well over 140 playable champions to choose from, whilst League of Legends offers an accessible viewing experience to fans, it is a game of deep strategy and the masterful plays can be challenging to newcomers. Red Bull Worlds Simplified is designed to make League of Legends even more accessible to new viewers, offering a complementary stream to the main event on Riot Games’ channels. Alongside some of the most beloved personalities in League of Legends, the stream will include huge stars from the gaming to further appeal to new audiences. Red Bull Worlds Simplified marks Red Bull’s further commitment to League of Legends, in addition to its Red Bull Beginners Guide, breaking down the world’s biggest esport, and Red Bull Solo Q, its unique 1v1 amateur tournament.

With millions of viewers tuning in online, the World Finals is the highlight of the global esports calendar. Red Bull Worlds Simplified will help newcomers understand the thrill of every baron and dragon play, and the tactical mind games behind the champion draft. Alongside the star studded host of broadcast talent, the stream will also feature high profile guests from around the world of gaming.