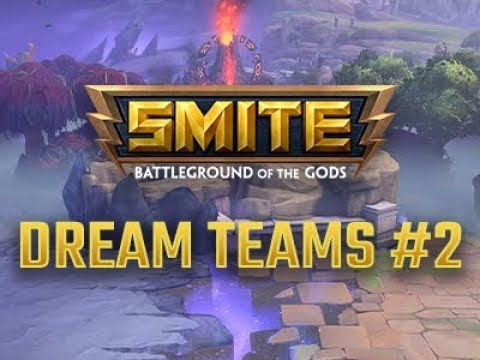 We’ve already done one Dream Team draft for Season 5 of the SMITE Pro League — but you all loved it so much that we’re back with one more! With the Spring Split of the SPL kicking off on March 6, we’re about a month away from all the action and hype that defines the SMITE pro scene.

This in-between time is what we call the free agency period. Which means that right now, our partner organizations are in the process of recruiting any free agent players or available teams to join their rosters.

We’ve already seen a few roster announcements come through from Splyce, Trifecta, and Spacestation Gaming. But there are plenty of top-tier pros still up for grabs — so Hinduman and F. got together to do their own fantasy team draft, SPL style.

Watch the video to see the whole draft, or check out their final teams below:

So what do you think of this draft? Does the win go to Hindu’s NRG-packed lineup, or to F.’s NA-leaning roster? Let them know what you think on Twitter @HiRezHinduman and @fdotny. And be sure to follow us on Twitter @SmitePro for updates which dream teams become a reality for Season 5 of the SPL.