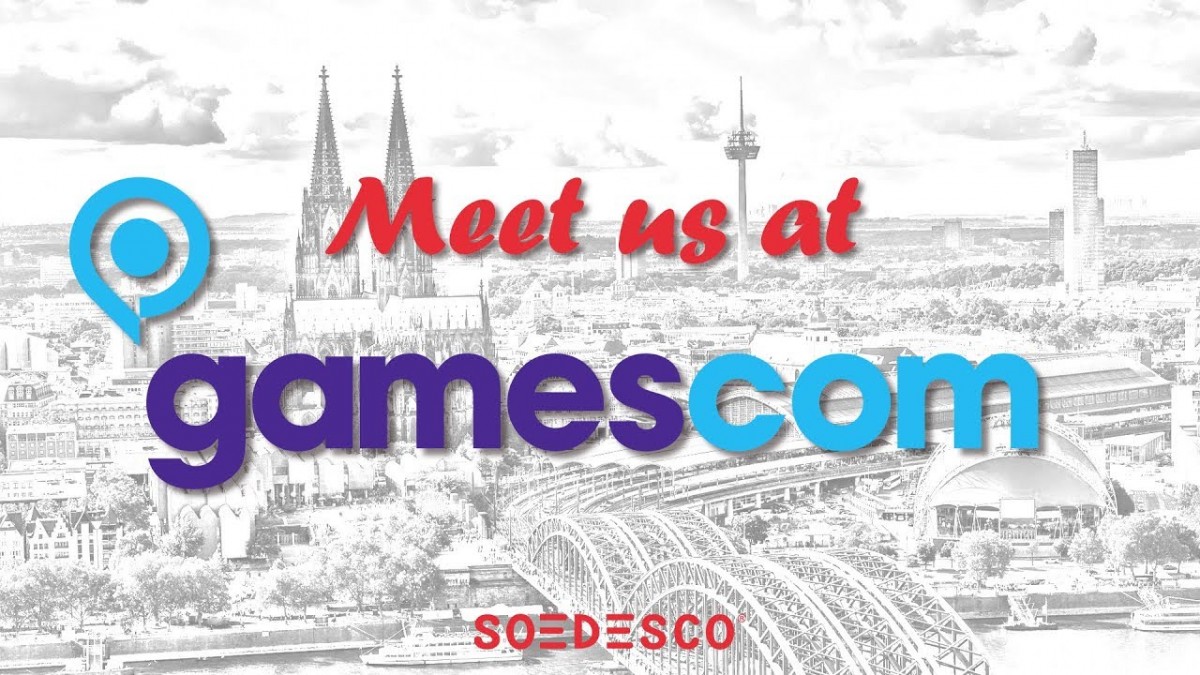 Dutch publisher SOEDESCO has loads of exciting scoops planned for Gamescom 2018, which takes place from 21 to 25 August in Cologne, Germany. Their booth can be found in Hall 10.1, stand B-62, and will star 10 playable games. In addition to letting players experience their games, SOEDESCO will also hand out special game goodies at their stand!

Truck Driver
Truck Driver, the first trucking game available for PS4™, Xbox One and PC, will be publicly playable for the very first time at Gamescom! Visitors will have the exclusive opportunity to be one of the first people try out the game during its development phase and give their feedback.

Omen of Sorrow
The gloomy fighting game Omen of Sorrow is the perfect opportunity for a quick and deadly match against friends. Gamescom visitors can try out the legendary characters and their spectacular special moves on PlayStation®4 in multiplayer, before the game is even released. Zafkiel -one of the characters- is brought to life by cosplayer Shae, who visitors can take pictures with.

Monstrum
This survival horror game is only for the bravest of Gamescom visitors. Monstrum is coming to PS4 and Xbox One, taking players on a nerve-racking escape from a derelict cargo ship, where a terrifying creature is out for a kill.

Air Missions: HIND
At Gamescom, players will have the chance to dive into the action of helicopter combat flight simulator Air Missions: HIND. The thrilling game will be playable on PlayStation®4.

8-Bit Armies
The most colorful and fast-paced RTS ever made is also coming to Gamescom! Visitors can jump right in and collect resources, build a strong base and ultimately conquer the enemy with an epic army of tanks, troops and aircrafts.

Three Switch games
In addition to the pixel art indie gem Owlboy, SOEDESCO will be bringing two more games to play on Nintendo Switch™, which will be revealed soon.

Surprise!
The two other playable console games are left to the imagination as well for now. Players should expect these console games to be colorful, fast, and full of action!