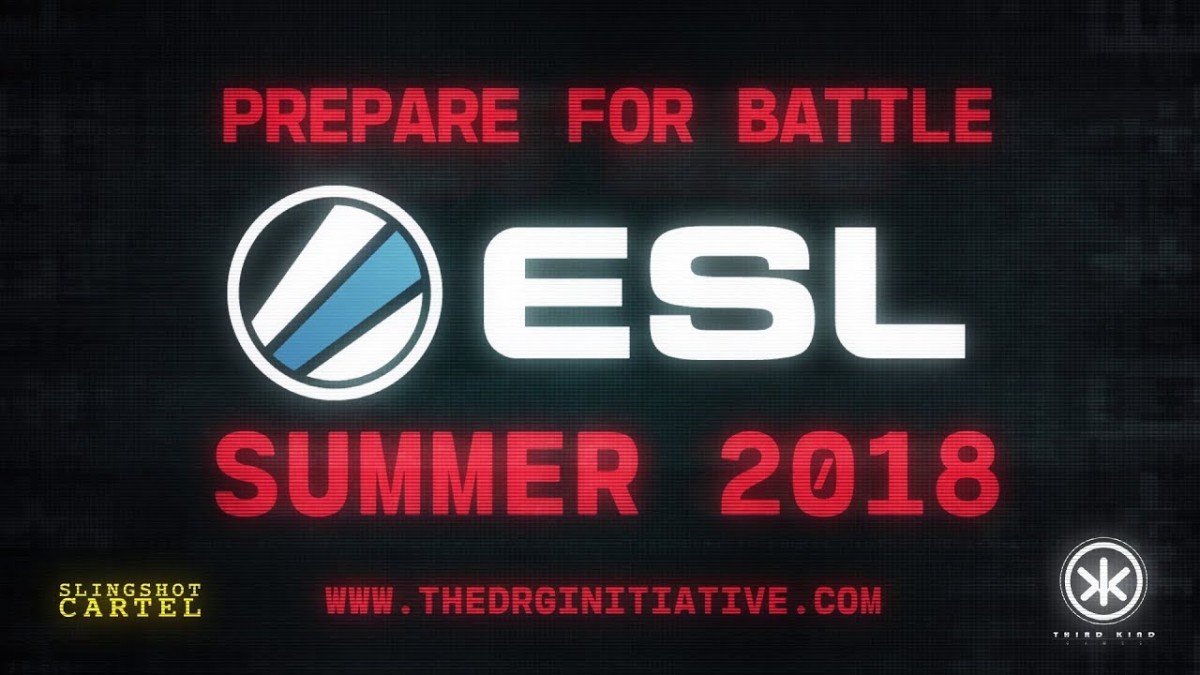 Futuristic third-person shooter The DRG Initiative is partnering with ESL for a series of public tournaments where thousands of dollars can be won by the best players.

Teams will be split into European and North American divisions when playing in these weekly contests. Every four weeks, the top eight teams from the two regions will clash in monthly finals, where the best three-person teams will square off for the chance to win money, bragging rights and other exciting prizes.

Go4 events have been held for fifteen years, with thousands of tournaments taking place across dozens of different games. They give any player the chance to sample competitive esports and fight for real cash prizes.

Registration for The DRG Initiative’s Go4 events has now begun – and players can visit https://play.eslgaming.com/thedrginitiative to sign up.

To give everyone a fighting chance, Slingshot Cartel is pleased to announce a series of free Steam weekends – so anyone who’s interested in competing can sample the game. The game will be free on Steam to access on 21-24 June and 28-1 July.

Anyone playing during this period can also take part in ESL’s first Go4 tournament on 1 July, even if they haven’t yet purchased the game.

The DRG Initiative is a competitive team shooter that takes place in The Greatest Gameshow On Earth – a brutal, televised coliseum of combat that pits teams of three in battle while audience members vote to trigger events and manipulate the arena. It’s currently in Steam Early Access.

The game has been developed by Slingshot Cartel, which was founded by creatives from FreeStyleGames. The team previously created DJ Hero and Guitar Hero Live.

“We’re very excited to partner with ESL and have our players participate in the ESL Go4 cups for cash prizes,” says Slingshot Cartel co-founder Jonathan Napier. “The DRG Initiative was conceived as a competitive gameshow/shooter hybrid, with Streamers and aspiring Shoutcasters able to broadcast the competition to the audience as the GamesMaster, so opening up officially sanctioned ESL Go4 cup tournaments with $3,000 of prize money and other goodies up for grabs is a tremendously exciting step in our game’s development.”

The DRG Initiative has spent six months in Steam Early Access, and ESL’s Go4 tournaments will mark the game’s first competitive action – and the first time it will be seen by a wider audience.

“Slingshot Cartel have created a really unique experience with DRG Initiative,” said James Dean, MD of ESL UK, “we’re very excited to be able to help bring it to the community and the world of esports.”

Fans and players can follow ESL’s DRG Initiative tournaments at www.twitter.com/ESLDRG and www.facebook.com/ESLDRG , and the official hashtag is #Go4DRG. The game is available to buy from https://store.steampowered.com/app/613580/The_DRG_Initiative/.